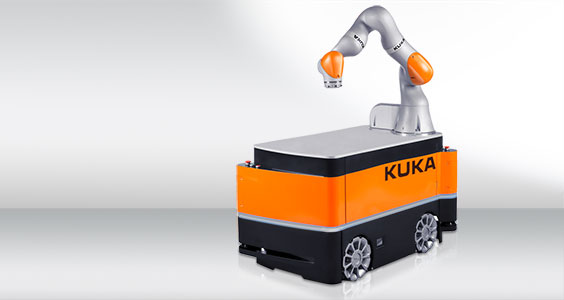 One of Kuka’s biggest shareholders has sold its stake in the robot-maker ahead of a possible takeover by Midea, the Chinese manufacturer of household appliances.

Midea has offered to buy the whole of Kuka for $5 billion, and already owns a significant share in the German company.

Now, a large, family-owned company called Voith is to sell its share in Kuka to Midea.

Voith says its decision accelerates its own “transformation under its digital agenda”, which was made possible by its successful investment in Kuka.

The company says that after a thorough and comprehensive assessment, the shareholders unanimously voted to tender the Kuka stake of 25.1 percent into Midea’s voluntary public take-over offer.

Voith expects a liquidity inflow of approximately €1.2 billion from the transaction. This means that the Kuka stake has more than doubled in value within about one and a half years.

Dr Hubert Lienhard, the CEO and president of Voith, says: “Our investment in Kuka has proven a major strategic success. I am convinced that Voith is one of the winners from this take-over bid.”

Prior to undertaking the investment in 2014, the company defined six areas of activity as part of its digital agenda: automation, IT security, software platforms, sensors/robotics, data analysis and industrial software development. At the same time, it systematically searched the market for attractive opportunities in these areas.

“The investment in a robot manufacturer was always envisaged as an additional element contributing to the digitalisation of the Voith product portfolio,” Dr Lienhard adds.

Under the current conditions it makes business sense to sell the share in Kuka.

“Disposing of this investment will free up previously tied resources and give us flexibility for investments in organic growth as well as attractive acquisitions. Consequently, the liquidity inflow will be used entirely for the accelerated digital and development transformation of our portfolio.”

Voith has made a clear commitment to play an active role in shaping the digital transformation in its markets. With its four divisions, Voith presents an extensive range of facilities, products and services covering the energy, oil and gas, paper, raw materials, and transport and automotive markets.

On this basis, Voith is able to digitalise its entire business portfolio, gain access to complementary segments and successfully support and guide new and existing customers in their digitalisation efforts.

As the established technology leader with extensive domain knowledge and a large installed base in the market, Voith believes that this approach presents substantial growth potential, which it intends to utilise in the coming years.

Founded in 1867, Voith employs more than 20,000 people, generates €4.3 billion in sales, operates in over 60 countries around the world and is one of the largest family owned companies in Europe.