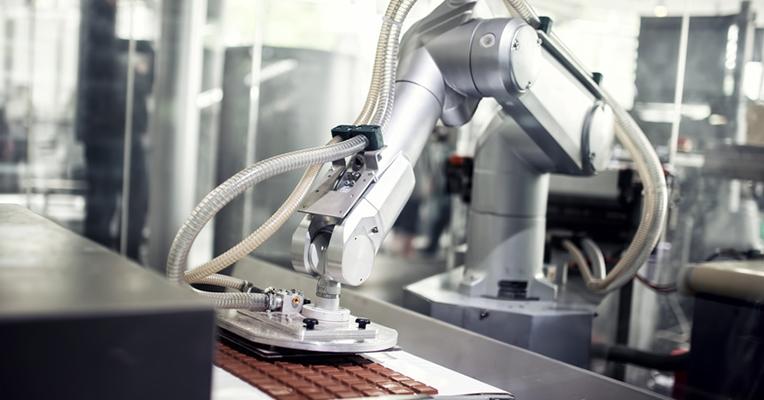 The company says that by using this technology, robots can, for the first time, see the real world by accurately capturing its geometry and colours. Reality Capture technology will enable many new applications for robots and drones, adds PixMap.

Today’s robots see the world in 2D as a set of segments in a blueprint map. This level of information is believed to limit their understanding of the world and their capabilities, and confines them to the most basic tasks with limited adaptability and robustness.

The combination of the two capabilities – 3D mapping and localization technology – gives rise to a new generation of “3D robots” which can take decisions autonomously and accomplish complex tasks previously impossible to achieve, says PixMap.

PixMap says its Reality Capture technology is applicable to any type of robot, whatever its shape, size or mode of locomotion. The company claims the technology gives robots and drones the ability to execute a far broader range of applications across diverse sectors including aviation, automotive, construction, consumer goods, entertainment, healthcare, home, hospitality, manufacturing and real estate.

Benoit Morisset, CEO at PixMap, says: “Today’s robots are nearly blind, reduced to living in a 2D world, and executing basic functions. With the launch of our Reality Capture, robots can open their eyes for the first time and see the world in 3D. PixMap’s Reality Capture gives robotics developers the technology to create a new universe of exciting applications for their robots and drones.”

In April 2016, PixMap raised seed capital from International Technology Solutions (ITS). The €1.2m of funds raised will enable this start-up company based in Sophia Antipolis to finance the adaption of its Reality Capture technology to different segments of the robotics market including personal, service and industrial robots.

Founded at the end of 2012 by Adrian Diaconu, ITS is an independent, entrepreneurial investment company based in Luxembourg.

ITS holds investments in the robotics sector, the internet of things sector and security, the internet and fashion, many areas which will also benefit from the expertise of PixMap’s teams.

PixMap says its technology is being integrated into the robots and drones of several major blue chip corporations. PixMap also makes its Reality Capture technology available to robotics developers and programmers in the form of a software development kit called PX2M also known as “PixMap&Motion”.

PixMap says PX2M uses low cost sensors and has been designed for easy integration into any existing robotics systems, both high-end and low-end hardware. PX2M also has a flexible architecture, it says, and can be fully embedded and rely on on-board processing.

It can also be cloud-based and, through the IoT, remotely connected to the robots. The capacity for robotics engineers to programme and add new functionality to their robots via the cloud-based version of PX2M is “potentially limitless”, says PixMap.

The way back when machine

PixMap says its real-time 3D mapping and localization technology is based on over 11 years of academic research undertaken at the I3S/CNRS (Centre National de Recherche Scientifique) laboratory by Maxime Meilland, PixMap’s chief technology officer, who has a PhD in robotics and computer vision from Ecole des Mines de Paris and INRIA; and Andrew Comport, chief scientific officer, who has a PhD from INRIA Lagadic Rennes and has researched at INRIA Sophia Antipolis where he pioneered work on dense localisation and mapping algorithms.

After publishing 25 scientific articles and obtaining international recognition with an award for the best scientific publication at IROS in 2013 Maxime Meilland and Andrew Comport combined their expertise in real-time 3D vision with the expertise in robotics of Benoit Morisset, CEO of PixMap.  Together they won the prestigious French iLab competition in 2014 and formally created PixMap in February 2015.

Morisset has a PhD in robotics from LAAS-CNRS and was formerly a Computer Scientist with the Artificial Intelligence Center at the Stanford Research Institute, California for more than 8 years. He contributed to the coordination of the world largest fleet of mobile robots ever deployed (100+ robots) for a search and rescue mission in the Darpa program.

In 2007, Morisset led the “Leaving Flatland” Darpa project in collaboration with Stanford University, Technische Universität München and Boston Dynamics where he contributed to the development of one of the very first 3D robotic navigation systems.