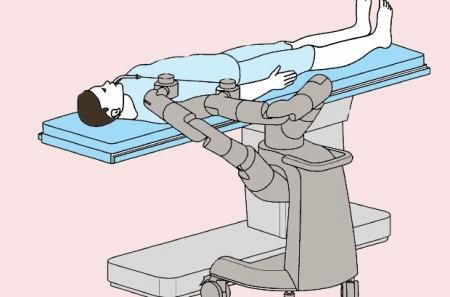 Though Auris has not unveiled its much awaited endoscopy system, the recent approval from the Food and Drug Association has got many industry experts and principal investigator sharing their opinion

How many of us would actually trust a robotic surgeon operating on us? Not many. But the new precise and dexterous medical robot approved by the FDA shows they could soon take over the operation theater.

Within the next 10 years, scientists believe computer-assisted surgery will be a popular and a standard feature in many operation rooms and critical extension of modern medical professionals, say research analysts at Allied Market Research.

Researchers analysing the growth, demand, size, and share of the Medical Robotics and Computer-Assisted Surgery Market say that areas such as Silicon Valley rank among the most active regions in the United States for medical robotics and Auris Surgical Robotics has managed to gain much recognition.

Operating under the radar, this self-funded, Silicon Valley company was established by a robotic surgeon (veterinary), Dr Frederic Moll. The company recently made headlines after it received a clearance from the Food and Drug Association for an advanced robotic endoscopy device, which can be used by veterinaries as a surgical or diagnostic equipment.

A milestone in the medical robotics and computer-assisted surgery market, the invention is yet to be officially unveiled.

Commenting on this latest discovery, Ken Goldberg, who heads the automation science and engineering department at Berkeley Laboratory, says: “Moll is brilliant and I’ve been waiting for his next act.”

Goldberg adds: “I’m very curious if he’s considering some form of supervised autonomy. He could pull it off.”

Auris has demonstrated some interesting patents it owns at local as well as international events. Moreover, the patent application that was published in 2015 is enough to describe the company’s highly advanced 3D coordination system for medical robots.

The system consists of a “geo-fence” that helps surgeons prevent any accidental injuries from the inside. Auris had also filed a patent for tools such as needles, lasers, scalpels, forceps and graspers, that potentially enables medical professionals to perform everything from gastric repairs, treating tumors to performing biopsies.

Moll is confident that once his equipment is launched, surgeons would try identifying new ways to make the best use of it.

The FDA has approved the system, dubbed Auris Robotic Endoscopy System, as an advanced bronchoscope that aids in both visualizing and treating several lung conditions. The traditional endoscopes available in the market are controlled manually by manipulating the dials.

Some procedures also require the medical professionals to perform surgeries in a contorted position, as well as guiding the device often involves a highly complex computed tomography scans. Robotic endoscopy by Auris seeks to keep surgeons out of strong radiation.

Besides this, the device can add more accuracy and repeatedly get the different tools where they should be to maintain a healthy ergonomics for the medical professionals.

José Rafael Rojas Solano, a principal investigator of the study in an interview told IEEE Spectrum: “The pilot study we carried out was to test for the first time on humans, a robot designed to perform diagnostic bronchoscopies on patients with lesions in the bronchi or lungs suspicious [sic] of cancer.”

Though the controversy over robotic surgery still haunts many medical professionals, popularity of medical robotics and computer-assisted surgery market has attracted many new startups such as Auris.

Several entrepreneurs as well as big medtechs including J&J’s Ethicon, Medtronic and Stryker are making huge investments in the medical robotics and computer-assisted surgery market.