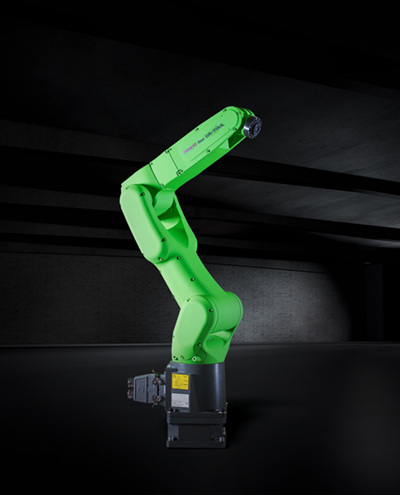 Fanuc, the robot manufacturer with the largest number of robots installed around the world, is showcasing is new collaborative robot at the Automatica event.

The Fanuc CR-7iA was announced as a prototype some months ago, and this is one of the few times it has been shown to the public.

Fanuc says mechanics correspond to that of the company’s LR Mate-series (LR Mate 200iD), and it has a payload of 7 kg. Moreover, as in the case of the company’s first collaborative robot model – the CR-35iA, a mass-produced model serves as CR-7iA’s base.