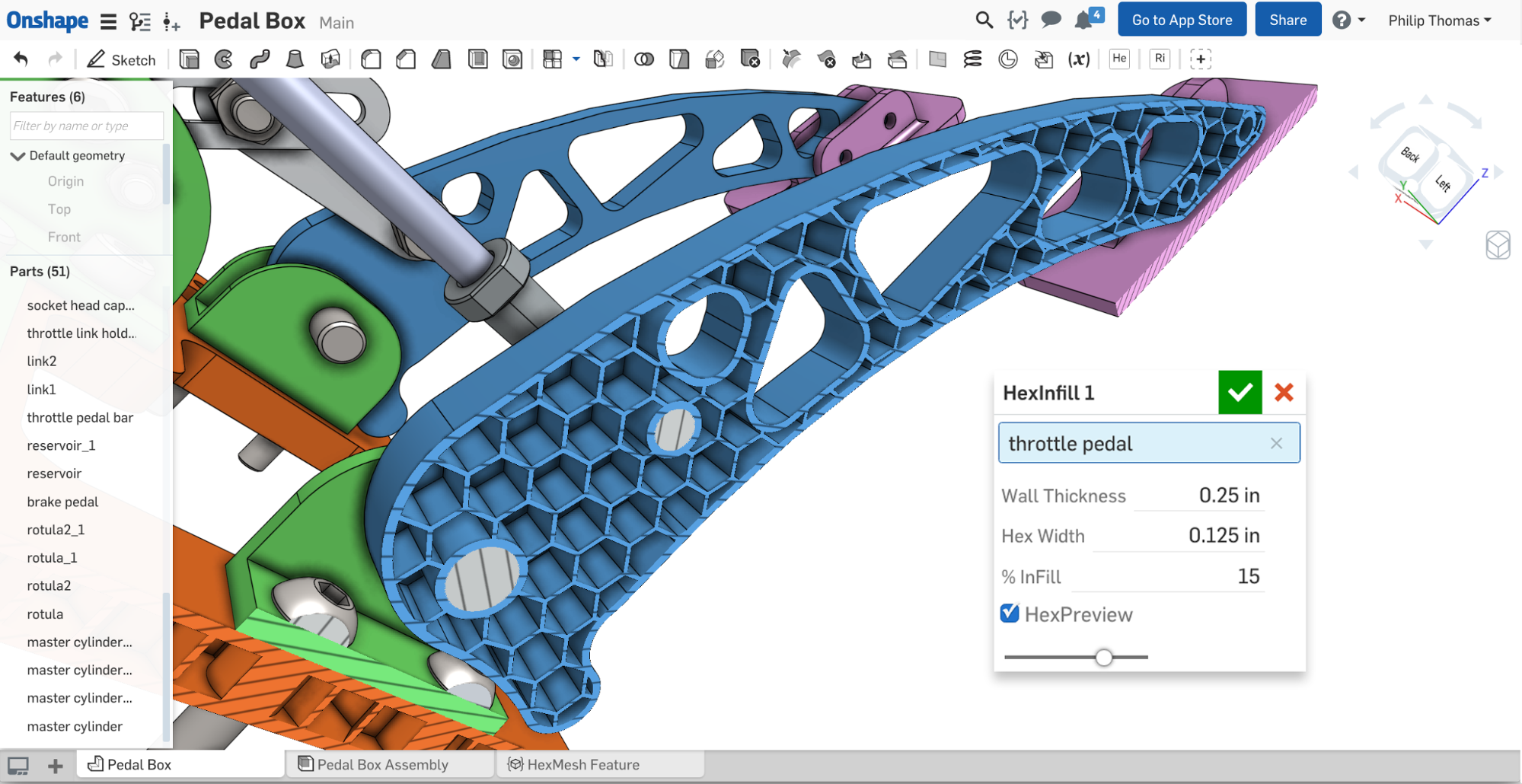 Onshape, the online 3D design software, is introducing a programming language to its application which the company says will enable designers to “create their own features that look, feel and behave just like Onshape’s built-in features”.

Onshape says it recognizes that the design challenges for each industry and every company are different. And this is one of the main reasons why Onshape is introducing FeatureScript, a new open programming language that lets CAD users create their own built-in parametric features or modify existing ones.

The company says FeatureScript will enable designers to change the way Onshape works. FeatureScript is the same language used to develop all of Onshape’s current features (Extrude, Fillet, Shell, Loft, and so on) and has already been used millions of times by Onshape users, perhaps without realizing it.

Ilya Baran, Onshape’s director of FeatureScript, says: “This is the first time that a professional CAD system has made the implementation of its parametric features open and extensible.

“In the past, the only way to change your feature toolbar would be to submit an enhancement request to your CAD vendor and wait forever. And most of those requests are never fulfilled. FeatureScript swings the pendulum back and puts you in control.”

Baran adds: “In traditional desktop-installed CAD systems, it is possible to write add-on or macro features, but they are never as good as the built-in ones. FeatureScript offers the first opportunity to create features that are first-class citizens – as much a part of the system as the ones the development team wrote themselves.”

Under the open source MIT License, Onshape is also sharing the FeatureScript source code for all of its own features, allowing customers to copy, modify or adapt them as they see fit. New Onshape features can now be created in Onshape’s new Feature Studio, a user-friendly development environment with a powerful editor, in-line help and documentation.

Possible uses for FeatureScript include:

“For 30 years, feature-based modeling has relied on a limited set of off-the-shelf features. With FeatureScript, we are ushering in a new era of custom parametrics,” says Onshape founder Jon Hirschtick. “Our early adopters have proven that with the ability to use custom features that they write or have others write for them, they’re able to significantly speed up their design process.”

“Customers who develop new features in FeatureScript are free to do with them as they please,” he adds. “Some may wish to sell them or share them with the community. Others might choose to keep their FeatureScript features proprietary as a competitive advantage.”

“I think FeatureScript will help us create unique tools to differentiate ourselves from our competitors in the 3D printing space and give more options to our customers,” Free says. “Sometimes it’s reduced cost, sometimes it’s reduced weight or reduced running time with the machines.”

“Being able to customize features will allow us to get more utilization out of our equipment because we can print parts faster,” he adds. “I think we could get 30-40 percent more utilization.”

Many Rintaluoma cabinets and closets are self-assembled and require wooden dowels and Minifix cam lock fasteners to attach or stabilize panels. With just one click, the custom DMF feature automatically places dowels, dowel holes and cam lock fastener holes on the appropriate faces of a furniture assembly. Multiple repetitive individual extrudes, chamfers, etc. have been replaced with one powerful DMF feature.

“FeatureScript is saving me so many hours that it changes my complete workflow,” says Rintaluoma. “The Dowel/Minifix feature just became my most used tool in Onshape.”

“I’m thrilled that a small Finnish furniture company can now have its own features in world-class CAD,” he adds. “I would say the game has totally changed.”