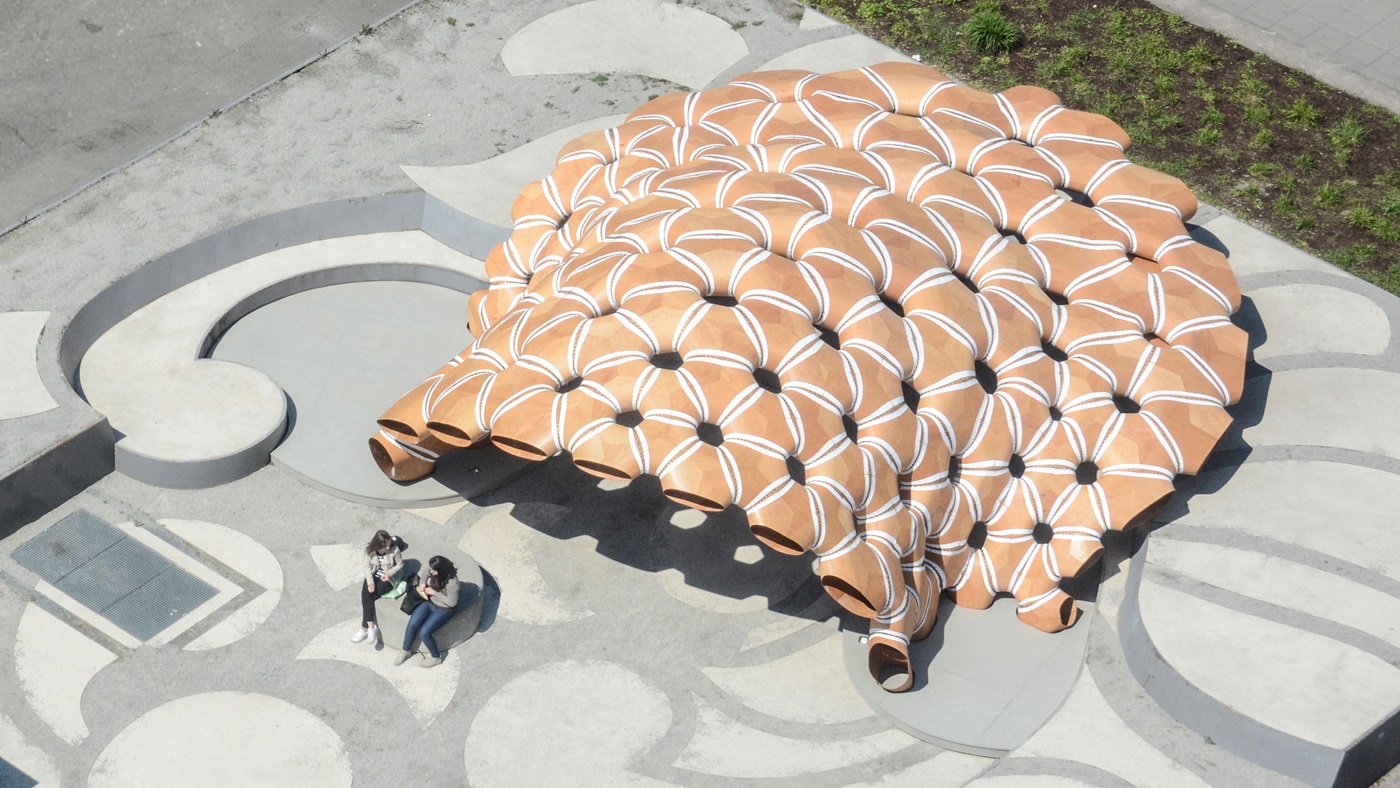 Nonetheless, the university in Stuttgart has used Kuka robots to perform a sewing job which can only be described as impressive. Perhaps weird as well, since they stitched together some wood – not a material usually associated with sewing.

In a statement, Kuka, the students and their tutors say their work “combines bionic investigations with innovative robotic manufacturing methods”.

The robot assists by fixing the bent strips of plywood in the desired geometrical configuration and then guiding them through the sewing machine.

By performing this work step, the Kuka robot of the KR Quantec series helped to build the new research pavilion at the University of Stuttgart. For the first time, the Institute for Computational Design (ICD) and the Institute of Building Structures and Structural Design (ITKE) used industrial sewing technologies for wooden construction.

The design of the extremely lightweight wooden shell was based on the structural morphology of the sand dollar. Sand dollars are a subspecies of sea urchin. This model was chosen because it is particularly suitable for the technical transfer of construction and educational principles.

The starting material was thin strips of veneer. These were laminated to form flat, individually manufactured plywood boards. This enabled elastic deformation of the construction elements. Following this process step, the Kuka robot got in on the act. It assisted by fixing the bent plywood strips in the specified geometrical configuration.

A work step in the robotic sewing process: the elastically bent plywood strips are fixed in this position by the robot and guided through a synchronized industrial sewing machine. Photo: ICD/ITKE University of Stuttgart

Kuka robots could lead the way to larger wooden constructions

For the pavilion, the industrial robot prefabricated a total of 151 different segments. They have bending radii of between 30 and 75 cm. This lightweight construction weighs 780 kg, spans a distance of 9.3 m and covers a total area of 85 m².

All in all, this new research pavilion demonstrates how the interactions between material, form, space, supporting structure and robotic manufacture can give rise to innovative wooden constructions.