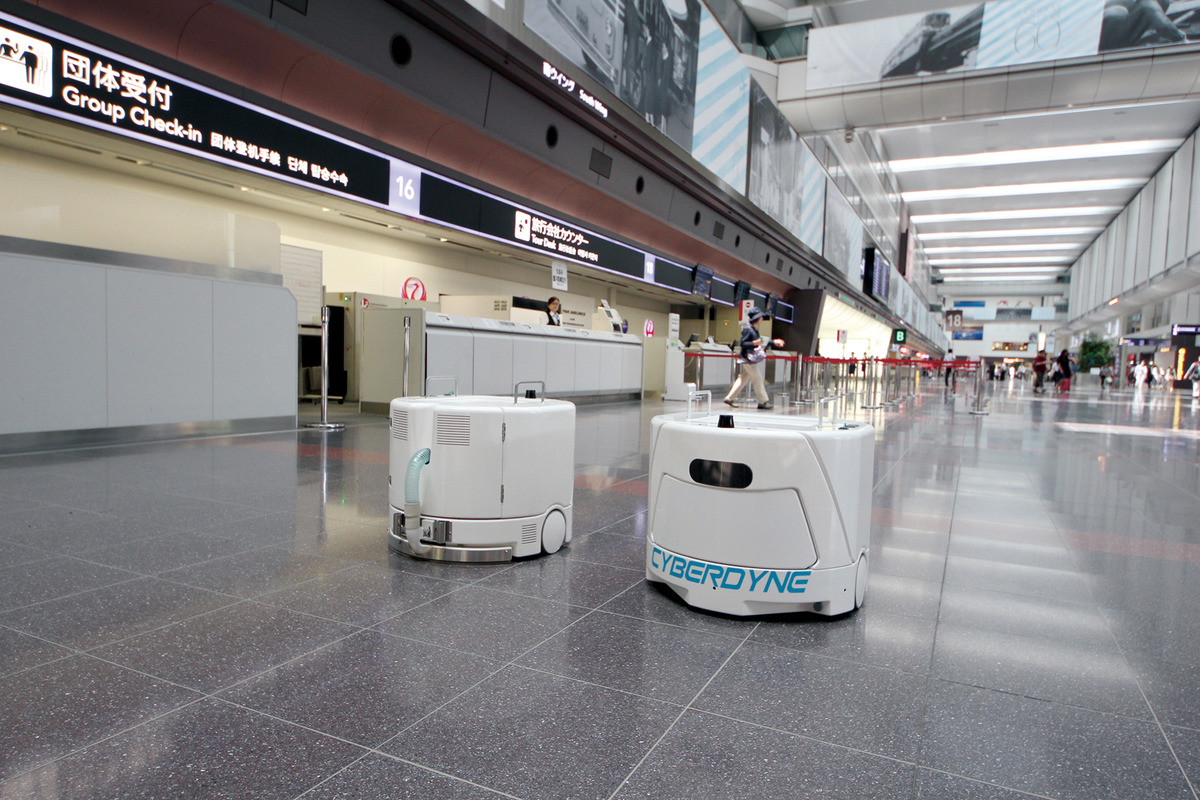 Verification tests for the Cleaning Robot are being conducted at the International Passenger Terminal for 2 weeks, a time frame which is due to end soon.

Cyberdyne and Japan Airport Terminal Company signed a basic agreement in July 2015 to introduce next-generation robots in Tokyo International Airport Passenger Terminals, and the Cleaning Robot was introduced and has been operating in the Domestic Passenger Terminal since September 2015.

On this occasion, the decision was made to conduct verification tests for the Cleaning Robot in the International Passenger Terminal, which is open 24 hours a day, heading towards practical implementation.

The verification tests are planned to be conducted within a limited area of the Tokyo International Airport Passenger Terminal, near gate 147 and 148.

With the aim to dispatch and expand to other regional Japanese airports as well as major airline hubs in other countries, the Company will continue to accelerate business development for the Cleaning Robot.

Advertisement: Save Up to $150 on an iRobot Floor Care Robot & Get Free Shipping on All Robot Orders!