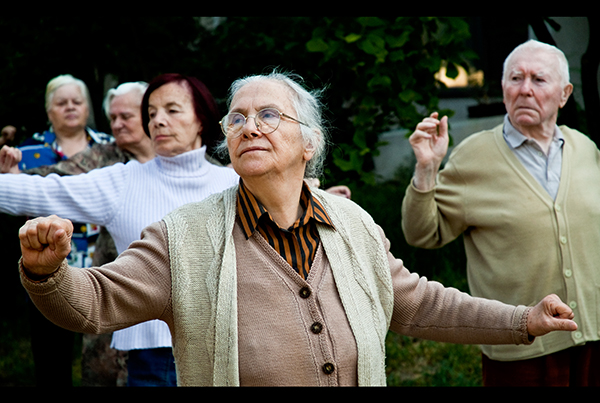 Millions of elderly people are shaking their walking sticks at driverless cars and other autonomous machines, according to a new survey by MIT.

Bryan Reimer, research scientist MIT AgeLab and associate director of the New England University Transportation Center, says: “Penetration of fully automated vehicles into the mobility space is going to take time and will vary greatly across different regions of the world.

“These disruptive innovations have enormous potential to enhance mobility however, the trust to adopt these technologies is not yet here and will need to be built slowly over time.

“The survey results suggest there may be some hesitation about one’s comfort with full automation among the older adult population who could benefit the most. The survey suggests that only 1 in 7 respondents 65 or older would be comfortable with fully automated vehicles.

“The good news however, is that greater than 50 percent of the older adult market appear comfortable with the concept of technological innovations that help the driver. This clearly overlaps with the current state of vehicle technology offerings.”

Nearly 3,000 respondents took the survey, which asked 12 questions about autonomous technology, how satisfied they were with the technology already in their cars, and how interested they were in transportation alternatives.

The results of the survey suggested that while consumers are interested in advanced safety technologies that assist the driver in reacting to potential collisions, only 40 percent of drivers in the 25 to 34 year old age bracket have any interest in full autonomy. In nearly every other age bracket (16 to 24, 35 to 44, 45 to 54, 65 to 74 and 75-plus), interest in fully-autonomous technology is as low as 12.7 percent.

Other significant data revealed by the survey includes:

Craig Fitzgerald, NEMPA president and editor-in-chief at the car shopping site BestRide.com, says: “There’s hardly a limit to the advanced safety technologies we can build into our cars.

“The survey results indicate that we’re leaving out a critical component if we’re not training drivers on how these technologies actually work. We learned this when we first introduced anti-lock brakes and stability control, and the learning curve is no different now.”