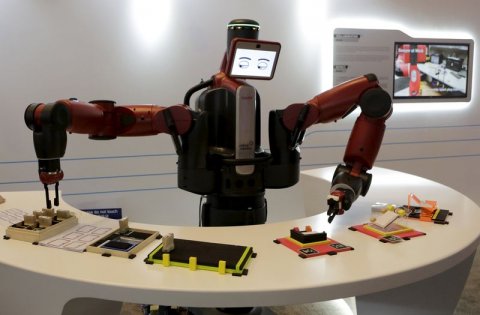 Rethink Robotics says it has reached partnership agreements with 10 separate companies in seven different countries in the past eight months.

Rethink, which makes collaborative robots it gives human names like “Baxter” and “Sawyer”, recently arranged inaugural global channel partner summit in Boston which was attended by more than 30 of its partner companies.

The companies discussed market trends in the rapidly growing collaborative robotics industry at the summit, which was the first meet of its kind for the group.

Rethink says its partners from the United States, China, Germany, Japan, France, Mexico, Canada, Israel, the UK attended. They shared regional knowledge on collaborative robots, and how manufacturers are most effectively leveraging automation in their countries.

Over the past eight months, Rethink Robotics inked 10 strategic agreements in seven countries to deliver its cobots to the international manufacturing community, including partnerships with Shanghai Electric and Cothink in China, Sumitomo Heavy Industries in Japan, Freise Automation, Hahn Robotics in Germany, Humarobotics in France, Interlatin in Mexico and Innovative-IDM in Texas.

Jason Barton, chief revenue officer at Rethink Robotics, says: “The demand for Baxter and Sawyer is growing in the US and around the world, and, as a result, we’ve strategically partnered with industry-leading companies from across the globe to help meet the demand and deliver our smart, collaborative robots to manufacturers.

“Bringing all of our strategic partners together for the first time is an exciting opportunity to gain even more regional insight into the collaborative robotics market and align on channel strategies for the coming year.”

This included conversation around government initiatives like Industrie 4.0 in Germany and Made in China 2025, both of which are causing spikes in demand for robots that can adapt to real world variability, change applications quickly and perform tasks like people do.