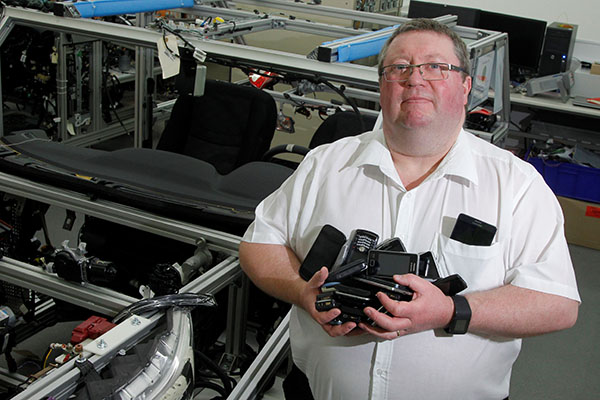 Nissan has taken to heart research suggesting that people can love everything about a car, but won’t buy it if it doesn’t pair with their smartphone

Just how much our smartphones rule our lives has been revealed, if a report by McKinsey is anything to go by.

The management consulting company did a survey which found that car buyers admit they can like everything about a new model – the styling, price, fuel economy and how it drives – yet will still walk out of the showroom because it won’t connect properly with their beloved mobile phone.

Now, Nissan is using the study to understand the importance of developing infotainment systems in crossovers such as the Qashqai, Juke and X-Trail.

The automaker has put one of its top engineers, Patrick Keenan, in charge of ensuring “seamless connectivity”. Nissan says “quality electrical integration key to development of Autonomous Drive technology”.

The research has led to significant investment by Nissan to make sure phones integrate seamlessly – vital as demand for data and downloads expands. Leading the European team is Keenan – known within Nissan as “the man with 40 phones”.

Keenan says: “Today’s new cars have a lifecycle of five or six years before a new version is launched, but a mobile phone will only be on the market for less than two years before it’s replaced. Keeping cars and phones talking to each other is the crux of my job.”

Keenan’s priority is to ensure that, when it comes to consumer tech, Nissan is always one step ahead of the game. His team uses a network of industry contacts to predict future trends, as well as ensuring that the latest Nissan dashboard hardware and software works with the vast majority of existing and older handsets.

Based at Nissan’s European Technical Centre in Cranfield, UK, Keenan’s desk drawers are packed with dozens of phones, which he uses to develop and fine-tune connectivity. He makes and receives hundreds of test calls a day as he works on future Nissan vehicles.

“My job is to make sure anyone who walks into a Nissan showroom anywhere in Europe doesn’t walk out again because a car they want to buy won’t pair with their phone,” says Keenan.

Part of the future automotive landscape is “Autonomous Drive”, Nissan’s preferred term for the technology.

Nissan says it plans to “establish itself as a global leader in the emerging technology”. The company’s ProPilot 1.0 – single-lane autonomous highway driving – will debut in Europe on the Nissan Qashqai during 2017.

Outstanding connectivity and data integration are vital pieces of the jigsaw, and Keenan is part of a global team of Nissan engineers which is working on developing connected vehicle architectures that have safety and security as their top priority.