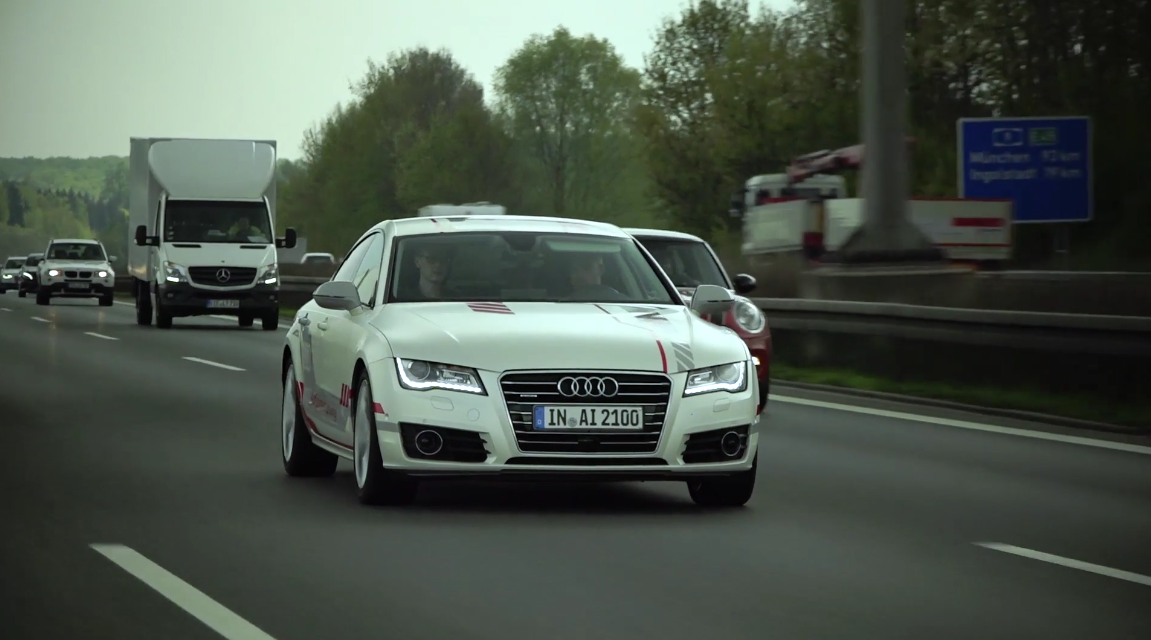 Audi is claiming its autonomous driving technology is the best in the world. The company says a recent test of one of its autonomous cars “once again confirms its leading role in the field of piloted driving”.

Audi was testing its latest research car, the Audi A7, and the piloted driving concept which for some reason it has called “Jack”.

Apparently “Jack” has “not only learned how to autonomously perform all of its driving manoeuvers on the expressway”, but also…

… without a hint of self-consciousness, the company adds in a statement that “Jack” has, “above all… learned how to show consideration for other road users”.

The German auto giant goes on: “‘Jack’ exhibits a driving style that is adaptive to the given situation, safe and especially interactive – a research car with social competence.”

And if that wasn’t enough, Audi has produced a video showing the car travelling along the A9 motorway – or ausgangbahn, as they call it in Germany.

To complete the surreal picture, Audi employed the same voiceover artist with the American accent who used to narrate nature documentaries in the 1970s, the ones you used to see at the cinema, just before you watch the main feature.