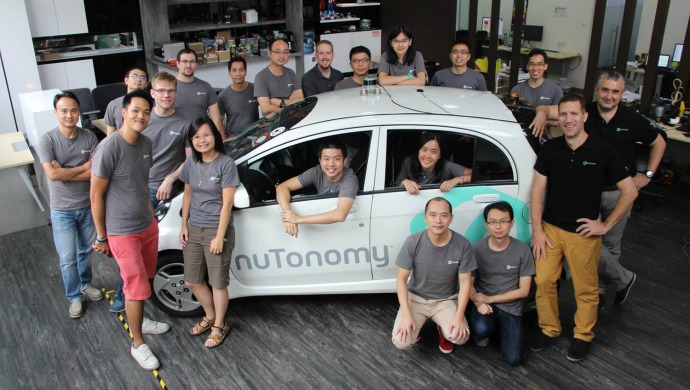 nuTonomy, a developer of software for self-driving cars, says it has completed its $16m Series A funding led by Highland Capital Partners.

The funding included significant participation from prior investors Fontinalis Partners and Signal Ventures. In Singapore, where nuTonomy has strong governmental support, the round included participation from EDBI, the dedicated corporate investment arm of the Singapore Economic Development Board. Samsung Ventures also participated in the Series A round.

nuTonomy says it is positioned to be the first company in the world to deliver an autonomous taxi service, and plans to launch a commercial offering in 2018.

The company currently operates an R&D fleet of autonomous vehicles in Singapore, where it was the first private company to win governmental approval for testing on public roads.

Dr Karl Iagnemma, co-founder and CEO of nuTonomy, says: “nuTonomy’s self-driving vehicle software unlocks access to a multi-trillion dollar global ‘robo-taxi’ opportunity. This funding will accelerate the pace of our progress in deploying self-driving vehicles in Singapore and beyond.”

In addition to Singapore, nuTonomy is operating self-driving cars in Michigan and the UK, where it tests software in partnership with major automotive industry players such as Jaguar Land Rover.

nuTonomy is developing the first of its kind complete solution for operating large fleets of autonomous taxis; this includes software for autonomous vehicle navigation in urban environments, smartphone-based ride hailing, fleet routing and management, and controlling a vehicle remotely through teleoperation.

Building on 10+ years of research by co-founders Iagnemma and Professor Emilio Frazzoli (CTO) at the Massachusetts Institute of Technology, nuTonomy has differentiated itself by pioneering technology for motion planning and decision-making that is based on methods that have been successfully employed in the development of spacecraft, airplanes, and other complex, safety-critical autonomous systems.

“nuTonomy’s self-driving software is ushering in a new era of autonomous mobility,” added Chris Thomas, founder and partner at Fontinalis Partners. “The opportunity to partner with teams like nuTonomy’s – groups that are reshaping transportation systems around the globe – is the reason we founded Fontinalis.”