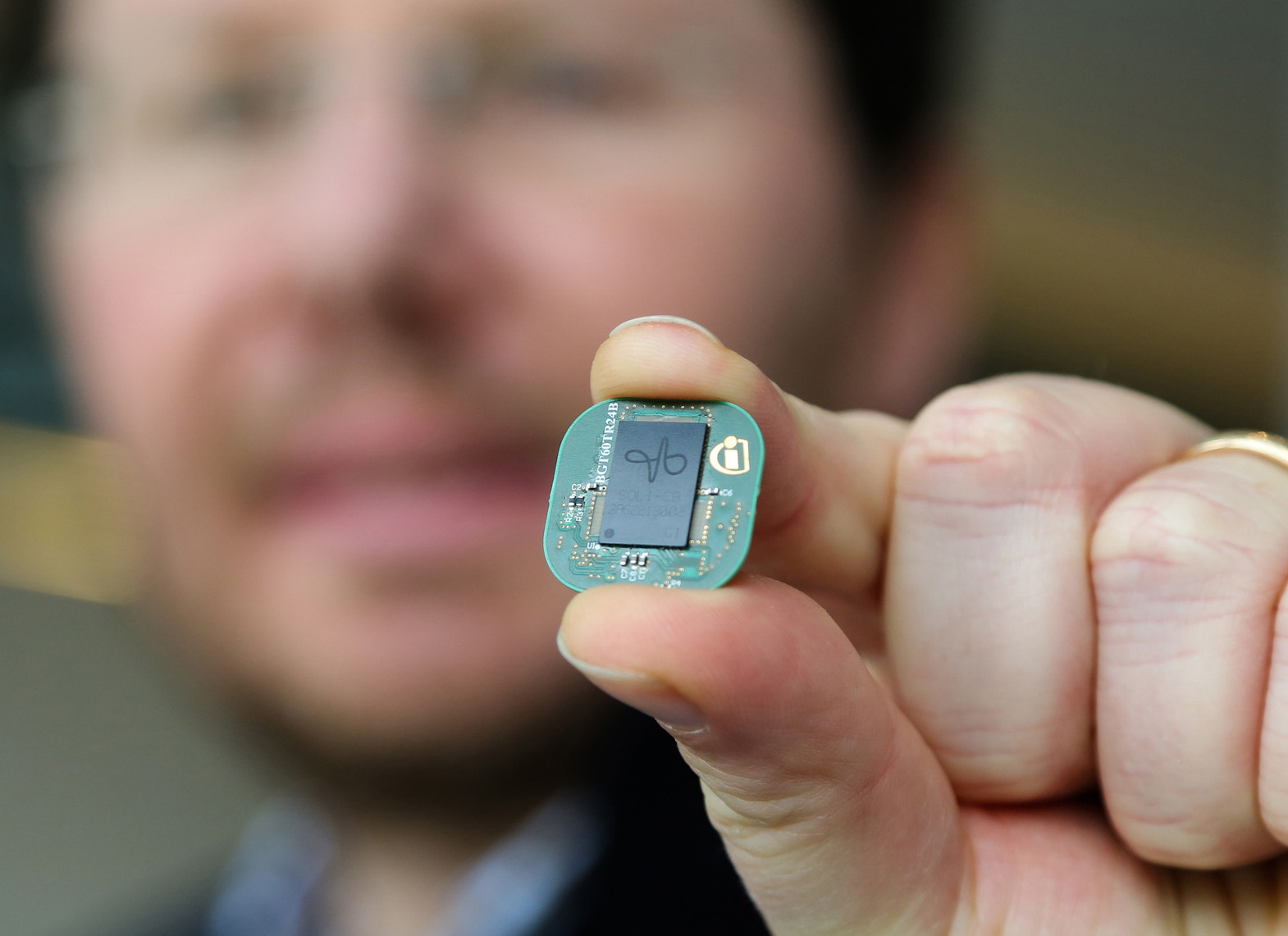 The radar technology – called “Soli” – was demonstrated at Google I/O through a smartwatch and a wireless speaker.

“This will fill the existing gap with a convenient alternative for touch- and voice controlled interaction.”

Andreas Urschitz, president of the division power management and multimarket at Infineon, says: “Since mankind started using tools 2.4 million years ago, this is the first time in history that tools adapt to their users, rather than the other way round.”

Infineon and Google ATAP aim at addressing numerous markets with Soli radar technology. Among these are home entertainment, mobile devices and the internet of things (IoT).

Radar chips from Infineon as well as Google ATAP’s software and interaction concepts form the basis. Both companies are preparing for the joint commercialization of the Soli technology.

Infineon and Imec expect the to launch the CMOS sensor chip towards the end of this year, with a complete radar system demonstrator scheduled for the beginning of 2017.

Typically, there are up to three radar systems in today’s vehicle equipped with driver assistance functions. In the future, with fully automated cars up to ten radar systems and ten more sensor systems using camera or lidar technologies may potentially be utilized.

“In the future, we will manufacture radar sensor chips as a single-chip solution in a classic CMOS process for applications like automated parking. Infineon will continue to set industry standards in radar technology and quality.”

Wim Van Thillo, program director perceptive systems at Imec, says: “We are excited to work with Infineon as a valuable partner in our R&D program on advanced CMOS-based 77 GHz and 79 GHz radar technology.

“Compared to the mainstream 24 GHz band, the 77 GHz and 79 GHz bands enable a finer range, Doppler and angular resolution. With these advantages, we aim to realize radar prototypes with integrated multiple-input, multiple-output antennas that not only detect large objects, but also pedestrians and bikers and thus contribute to a safer environment for all.”