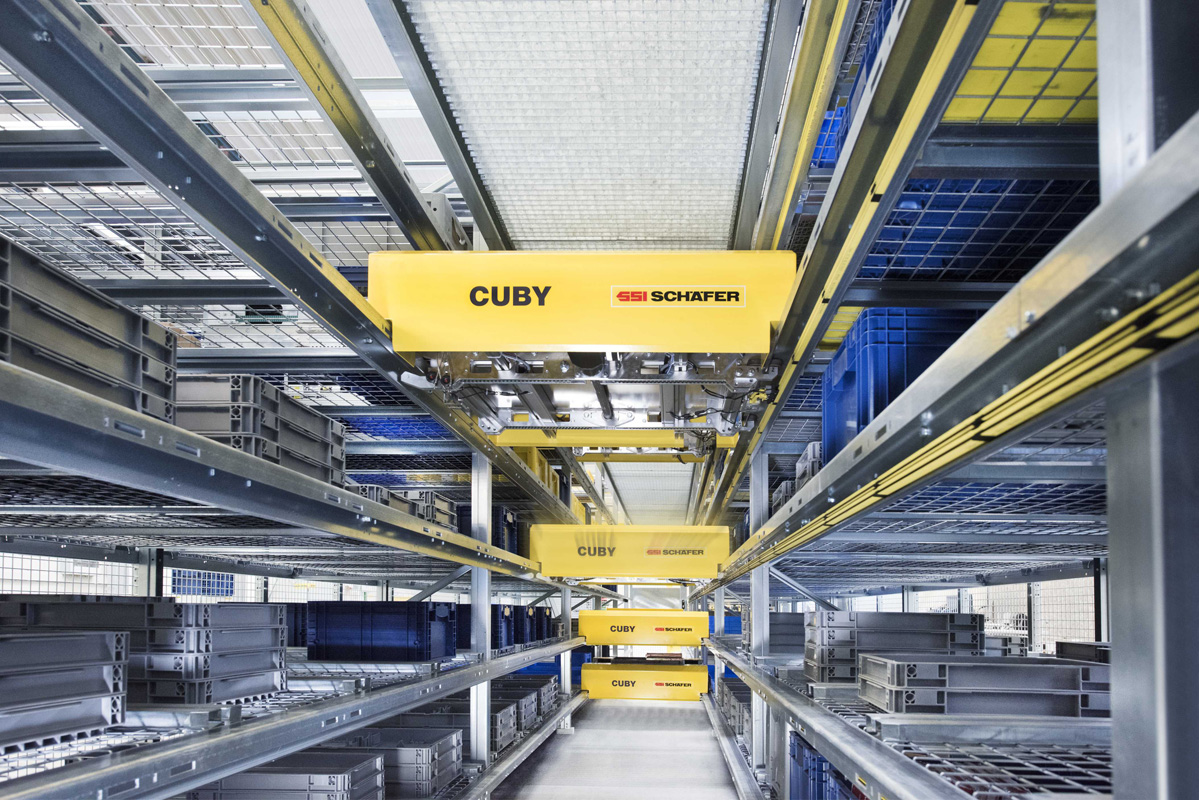 Schaefer has launched its Cuby shuttle system just in time for CeMAT 16, which takes place from 31 May to 3 June in Hannover, Germany.

Schaefer’s one-level shuttle system Cuby is designed for bins and cartons up to 35 kg, which rounds out their product range in this segment.

The company says its new system is characterized by its “excellent storage density, availability and reliability, and also achieves high rentability in a short payback period”.

The last space shuttle was launched almost five years ago, continues Schaefer cryptically, adding that in warehouse technology, however, the trend towards shuttle systems remains unwavering.

Schaefer will be presenting the new storage system Cuby at the logistics trade fair CeMAT.

In developing Cuby, SSI Schaefer optimized the functional distribution between rack and shuttle so that fewer sensors and actuators on the shuttle and load handling device were necessary.

This renders Cuby more reliable and cost-efficient than other one-level shuttle systems on the market, claims the company.

The patent-pending and “clever” usage of the support beam as a guide for the shuttle’s load handling device is “one of a kind”. SSI Schaefer claims to have been able to tap into its in-depth knowledge of machine and rack technology.

The rack has also been optimized in terms of fire protection. Instead of the usual rack shelves, gratings are used so that the water in the sprinkler system can easily run down several levels.