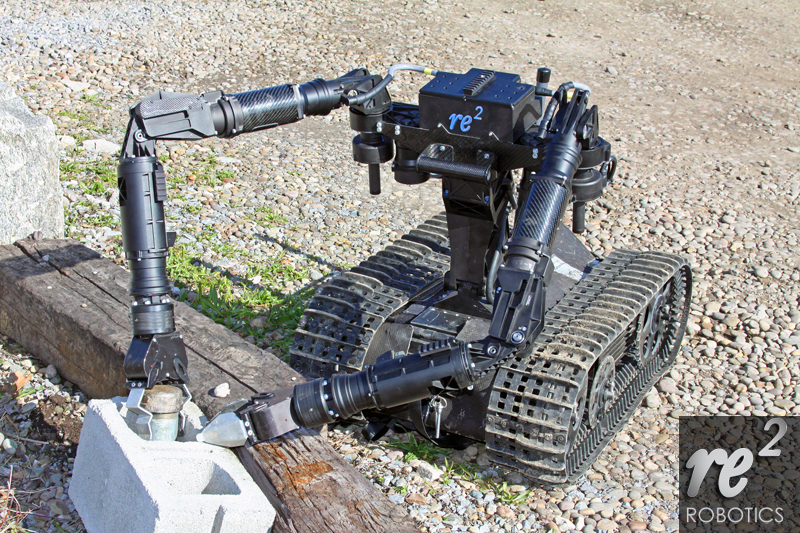 Robotic systems for explosive ordnance disposal (EOD) typically include a single manipulator to perform critical tasks such as inspection, detection, and neutralization of explosive devices. These manipulators are often limited in their dexterity, reach and lifting capacity.

The dual-arm HDMS technology provides the robot operator with capabilities that far exceed currently fielded single-manipulator robots. The new HDMS is more rugged, ergonomic, and intuitive to control. Two arms allow operators to perform complex tasks, such as securing an object with one arm and manipulating with the other.

In addition to EOD, the HDMS may eventually be used for other missions, such as Combat Engineering and Chemical, Biological, Radiological, Nuclear, Explosives (CBRNE) operations.

“The direct benefit of the HDMS technology to Army personnel is significantly increased performance and capability over currently fielded manipulators for both tele-operated and semi-autonomous use on mobile robot platforms,” says Jorgen Pedersen, president and CEO of RE2.

“These manipulation improvements directly correlate to a reduction in time-on-target and overall mission time, resulting in increased safety for all mission personnel.”