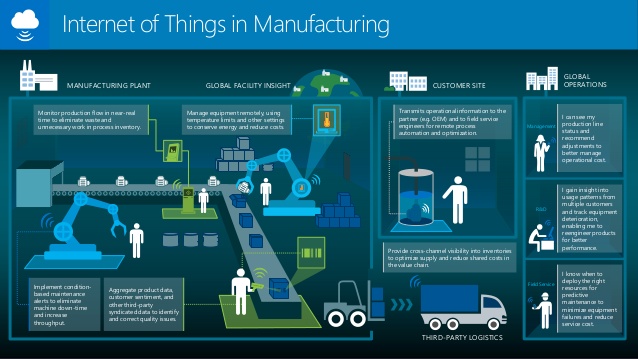 Microsoft says it is working with the Open Platform Communications Foundation to enable almost any industrial internet of things network through interoperability between the millions of applications and industrial equipment compliant with the OPC Unified Architecture standard.

Microsoft will further enable its IIoT customers to connect a broad range of manufacturing equipment and software that can span decades of investment with extended support of the OPC UA open source software stack.

Interoperability between devices and assets is critical for today’s factories, which are increasingly bringing new and legacy systems online and modernizing their plants and facilities.

Integration with Azure IoT allows customers to send OPC UA telemetry data to the Azure cloud, as well as to command and control their OPC UA devices remotely from the Azure cloud, says Microsoft.

In addition, Windows 10 devices running the Universal Windows Platform can connect and openly communicate with other IoT devices via OPC UA.

Sam George, director, Azure internet of things at Microsoft, says: “As Industry 4.0 reaches a tipping point, we believe that openness and interoperability between hardware, software and services will help manufacturers transform how they operate and create solutions that benefit employees’ productivity.

He adds: “Microsoft’s support for standards that foster IoT innovation, and specifically for OPC and OPC UA, results in easy, direct and more secure communications from programmable logic controllers on the shop floor to the top-floor world of IT.”

“With the adoption by Microsoft to its Windows 10 operating system and Azure cloud, the OPC UA standard passes the critical milestone of general acceptance by the broader IT world.”

Microsoft made the announcement at Hannover Messe.