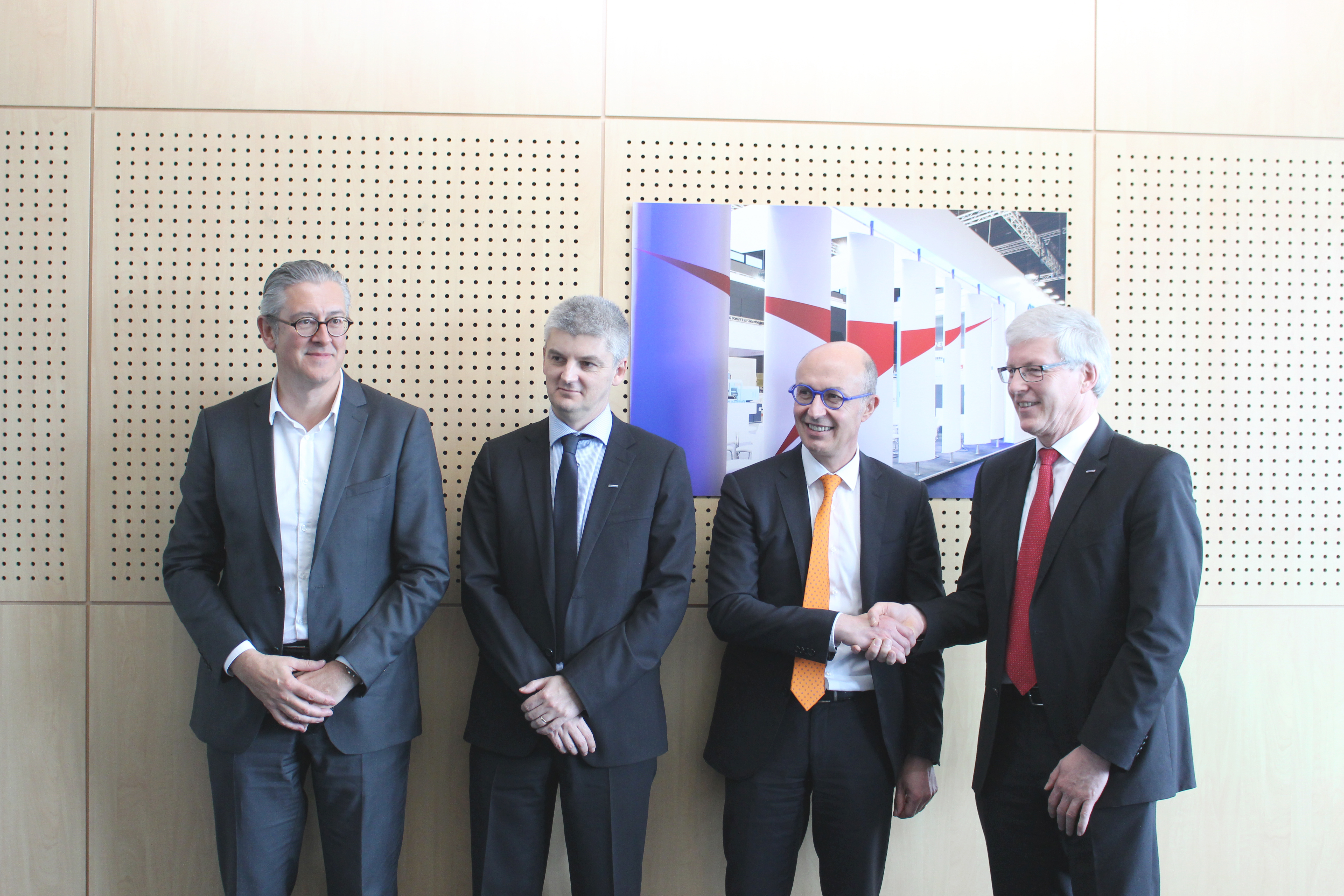 Both companies are members of Proxinnov, an industry association which advises on how companies can become more competitive using robotics and automation technologies.

It is this membership in Proxinnov which, the companies say, has resulted in a new alliance between Sepro and Yaskawa.

The third member is the local authority in La Roche sur Yon, a region in western France.

The new robots will be sold under the Sepro-Yaskawa brand name as part of the Sepro 6X Visual product line, which also includes 6-axis robots manufactured in cooperation with Stäubli, another industrial robot manufacturer.

That relationship will continue, with Sepro selling Stäubli robots for applications on molding machines with up to 800 tons of clamping capacity and four bigger Yaskawa units for machines up to 5000 tons.

The simple and intuitive Sepro Visual controls, specially developed for plastics injection molding, are used to control the 6-axis robots. This is the same control platform used on the entire range of Sepro robots.

Sepro is currently working on electronics concepts for the future in cooperation with Carnegie Mellon University in the USA. Results from that collaboration are expected in 2017.

The Sepro-Yaskawa agreement grew out of the two companies’ membership in Proxinnov, an innovation forum serving companies in the Pays de la Loire region in western France.

Its mission is to raise awareness of industrial robotics as a means to improve efficiency of manufacturing, and to encourage collaboration between its members. Sepro CEO Jean-Michel Renaudeau is the current president of Proxinnov.

Sepro develops and manufactures robots for injection molding and makes its own 3- and 5-axis Cartesian beam robots.

In addition to agreements with the 6-axis robot manufacturers, Sepro is in partnership with injection-molding-machine manufacturers, including Sumitomo Demag, for the distribution of its robots under those manufacturers’ brands.

The company says these collaborations have largely contributed to three successive years of record turnover. In 2015, turnover amounted to €93 million, an increase of 17 per cent compared to 2014, with more than 2,300 robots sold.

“Some people might ask how a relatively small, independent French company could achieve such results,” said Jean-Michel Renaudeau.

“The answer is that we did it by multiplying our own capabilities through partnerships with other companies who want to change the robotic automation market. Our involvement in Proxinnov, which has resulted in this new partnership with Yaskawa, is typical.

“By being open to collaboration, Sepro has been able to make big things happen in a short period of time.”

Taskawa’s Lucas said: “For Yaskawa to partner with a leading global supplier of Cartesian robots is very exciting. We share with Sepro a vision of quality of products and quality of service.

“The geographical proximity of our two companies, combined with global support that Yaskawa can bring through its 78 subsidiaries, has also facilitated collaboration. In the coming years, we hope to strengthen that partnership and extend it to other activities.”