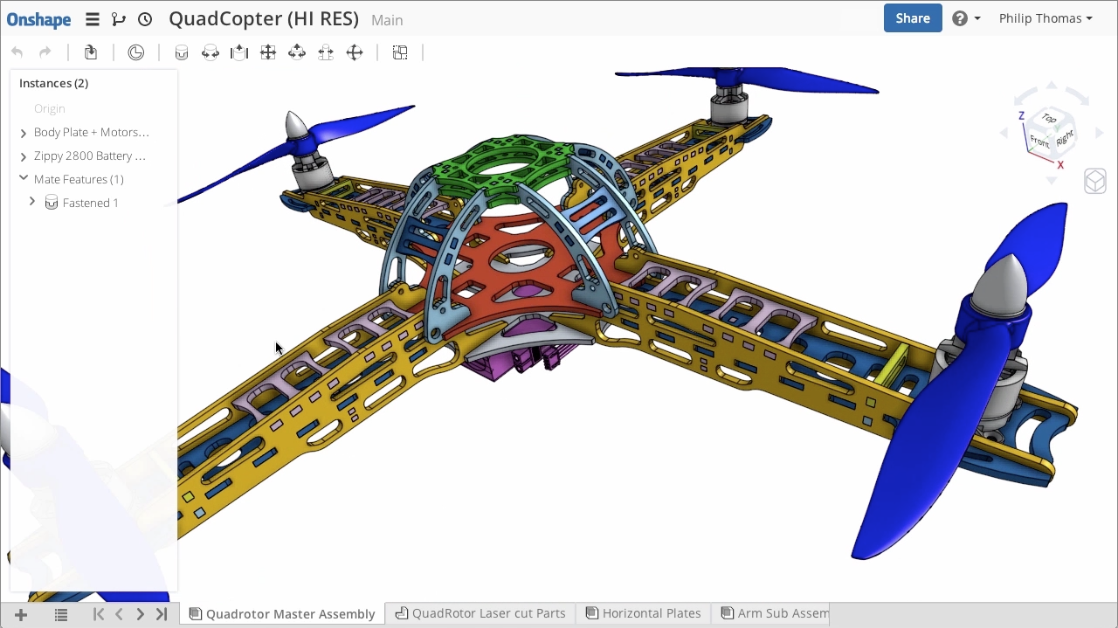 Onshape says its beta test has been “highly successful”, and included 400,000 user hours in more than 150 countries.

“We are ready for prime time, we’re production ready,” says Onshape CEO John McEleney. “It’s been a year of not only amazing development momentum, but customer momentum as well.

“I’d like to thank our production-level customers across many industries who helped bring us to this point. You’re helping us build Onshape every day.”

McEleney adds: “Although we have much hard work ahead of us, I am extremely excited about how our customers continue to react to the improvements we make to Onshape every few weeks.

“We’ve built a world-class team and a product. Now it’s time to build a business.”

The company says the Onshape beta program was a success in many ways:

Customers designing great products with better results: The most important achievement of Onshape’s beta program, according to the company, was to “see customers build real products in Onshape”.

The company claims customers consistently reported important benefits of Onshape versus traditional CAD, most notably working faster, more innovation, and saving money on software and hardware. It adds that “they also reported having more fun” – no installs, no checkout, no PDM, and no file copies.

“This wasn’t your typical beta test. When we started Onshape, most industry insiders thought a production CAD system that ran entirely on the cloud could not be built,” says Onshape VP of R&D Dave Corcoran.

“We’re very proud of what our team has achieved. We know we still have a lot left to do, but the foundation the team has built is strong and they are adding more functionality rapidly.”

“We are very proud of what we have built so far to reach our commercial launch, but we have a much broader vision for the future of Onshape. Rest assured that we will be working everyday to continue to improve and expand Onshape to make it an even better tool for our users,” says Onshape founder Jon Hirschtick.

As Onshape wraps up one test, it is starting another, launching the private beta version of the Onshape App Store. Now open to selected customers, the store is where designers can conveniently browse, try and purchase new applications that work directly with their Onshape data, and expand on Onshape capabilities.