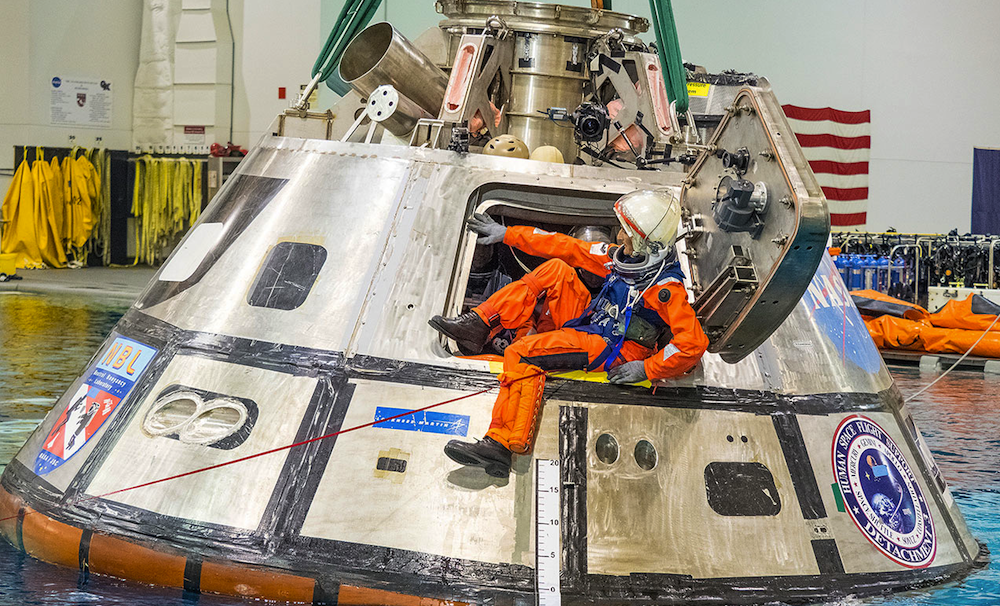 Following completion of its initial design of the subsystem, Honeybee will fabricate, test, certify, and deliver two units, one to serve as the Engineering Development Unit and a second to be installed onto the Side Hatch Flight Unit for the Exploration Mission 1 (EM-1) flight.

The Orion spacecraft is designed to meet the evolving needs of Nasa’s deep space exploration program for decades to come.

Orion will serve as the exploration vehicle that will carry the crew to space, provide emergency abort capability, sustain the crew during the space travel, and provide safe re-entry from deep space return velocities.

The Side Hatch is the primary ingress/egress port for the crew and ground support personnel to the Orion Spacecraft Crew Module.

The Side Hatch is actuated manually, and can be opened or secured closed from both inside and outside the vehicle.

“We are excited to be contributing to the new Orion vehicle, which represents NASA’s commitment to human deep space exploration,” said Kiel Davis, president of Honeybee Robotics.

“Honeybee has built expertise in spacecraft mechanisms design and development over the past 30 years, and we are excited to apply our capabilities to a critical mechanism of the Spacecraft Crew Module.”

Honeybee Robotics has a history of providing mission-critical space mechanisms and subsystems. The company has contributed systems to the Mars Exploration Rovers, Phoenix Mars Lander, and Mars Science Laboratory, as well as numerous scientific and commercial spacecraft.

Nasa is more keen than ever to explore deep space, and Mars is currently its main obsession. The agency has apparently detected evidence of alien life on Mars, after its Curiosity Rover robotic spacecraft recorded what have been described as “burps” or “farts” of methane.

If true, Curiosity would have dealt a blow to sceptics who do not believe in alien life on Mars or anywhere else beyond the bounds of Earth.

But Curiosity is not the only one to experience this “venting” or “flatulence” as it’s been called.

As quoted on Telegraph.co.uk, Dr Paul Mahaffy at Nasa, says: “What is interesting is that these spikes of methane are coming and going. They are transient.

“At the moment we can’t really tell anything, but these burps are intriguing. We have to keep an open mind.

“We don’t want to eliminate anything, and potentially it could indicate life or evidence of ancient methane trapped which could show ancient life.

“But it’s interesting to think about why it comes and goes. It seems to be suggestive of a localised source.”