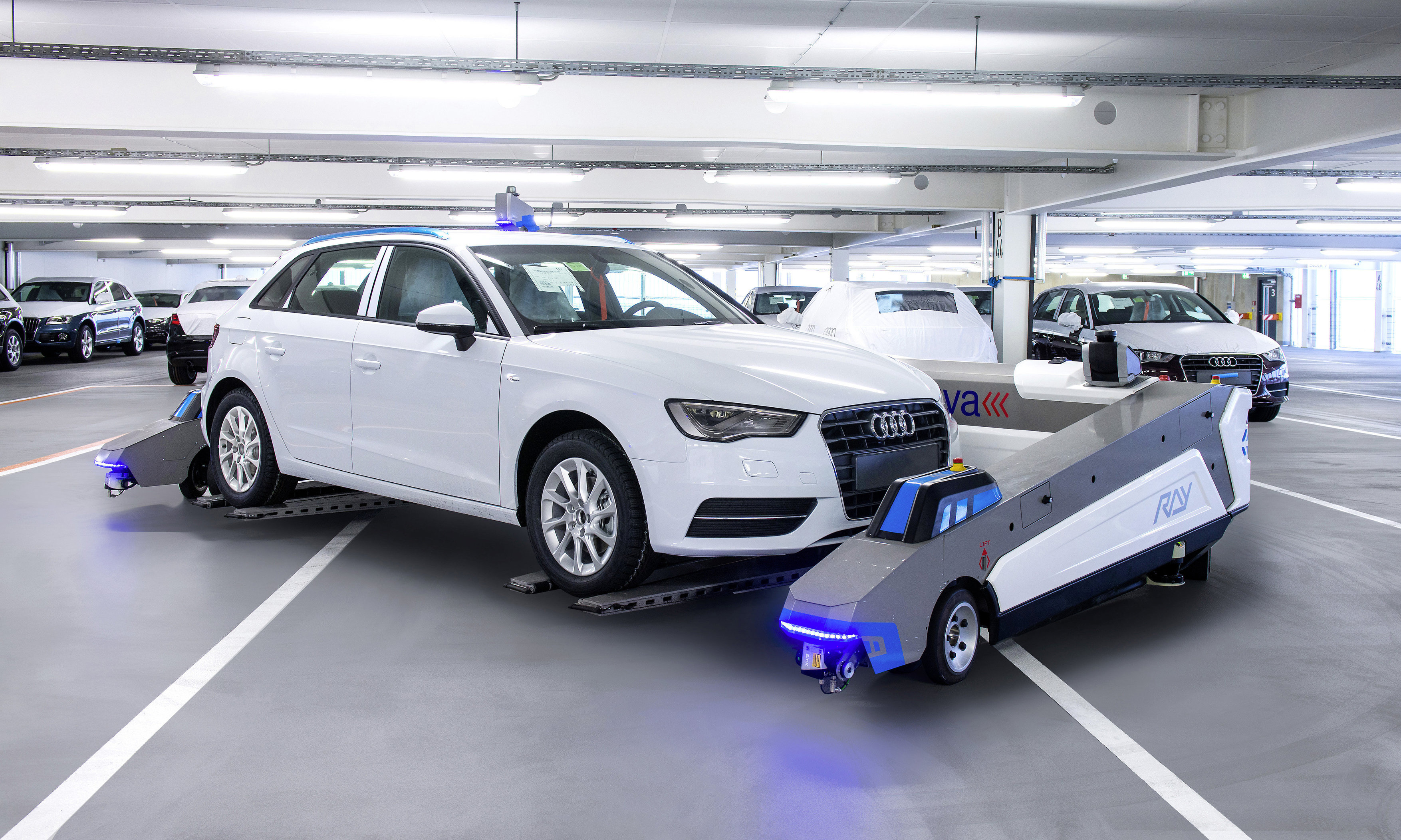 In exclusive comments to Robotics and Automation News, Audi’s project manager for driverless transport, Christine Widbiller said: “Currently we have four Rays working at the logistics department and they are fully integrated in the transporting process.”

The company claims to have built 566,646 cars in 2015 at Ingolstadt, which is Audi’s “most important location”. It’s at Ingolstadt that the team of Rays does its work, autonomously moving cars from one place to another.

And that workload is about to increase four-fold, said Widbiller.

“At the moment, the Rays move around 500 vehicles each day,” she said. “By the end of the year, we aim to increase their daily productivity up to 2,000 cars each day.”

Widbiller added that Audi will continue to “enhance” Ray’s capabilities, and will be checking on them to make sure their the workload is completed efficiently.

Audi began testing Rays last year as part of exploration of systems for the “intelligent factory of the future”.

In a pilot phase at the Audi plant in Ingolstadt which started in February, two Ray robots independently transported cars from production to an interim storage area.

From there, they later place the sorted Audi models into position according to their shipping destinations, so that logistics employees can load them onto railway wagons.

Audi increased the number of Rays from two to four, and is now preparing the first industrial application. The company is also examining additional areas of application for such robots.

“The autonomous transport of our automobiles could allow us to eliminate long walking distances for our employees and to improve the ergonomics of their work,” stated Professor Dr Hubert Waltl, board of management member for production at Audi.

“Systems like this also have the potential to significantly increase the efficiency of our processes.”

Waltl added Rays are a sign of “intelligent technology for more efficiency and improved ergonomics”.

The idea to give the robots the name “Ray” came from Serva Transport Systems, which made the robot. Serva, which also makes another logistics robot called Eve, is considered to be one of Germany’s most promising robotics startups, with a number of systems in development. Its Ray robot is currently used as part of a valet service at Dusseldorf Airport, autonomously parking cars for their owners.

Ray is freely movable and highly flexible, says Audi. It consists of a frame six meters long and three meters wide which uses sensors to determine the position and dimensions of a car, and then adjusts to it.

The robot then carefully grips the wheels and lifts the car up to 10 centimeters.

Control software allocates a space where Ray then parks the car. In this way, automobiles up to 5.3 meters long can be quickly moved and temporarily stored in a space-saving manner, says Audi.

As soon as a sufficient number of cars are available on the sorting level for a certain destination, the robot moves them into place for shipment.

Audi has been developing a number of self-driving technologies, including the autonomous RS7, and partnering with Delphi on its SQ5 model.

However, Audi USA president Scott Keogh said fully autonomous cars were “not going to happen for a long time” because of “a definition problem”.

Cars currently being sold on the market already have significant self-driving technologies, such as autonomous emergency braking, which seems to be proving popular with consumers.