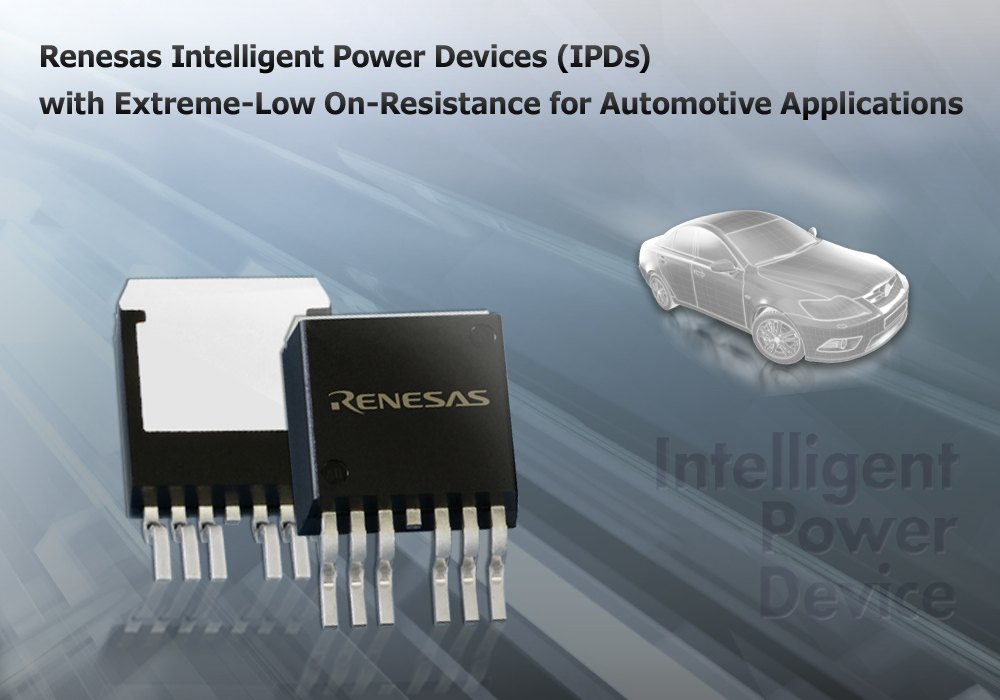 The new intelligent power devices (IPDs) are particularly designed for automotive motor and heater control applications. The devices provide an “extremely reliable, high-performance solution compared with mechanical relays that switch the current flow on and off in electronic control units (ECUs)”, says Renesas.

An IPD is a power IC device that integrates in a single package control circuits that implement protection functions and self-diagnostic functions, in addition to power MosFet (metal-oxide-semiconductor field-effect transistor) switching element(s). The IPDs are compact, lightweight, power efficient, and not subject to the contact wear and tear that affects mechanical relays, enabling highly reliable systems with self-protection functions, says Renesas.

Previously, most ECUs used relays as the switching elements in their drive circuits, with the average automobile using around 100 relays. The transition from mechanical relays to semiconductor switching began in applications like lighting control, and the trend is expanding to other automotive systems, such as motor and heater control, driving demand for highly reliable and high-performance semiconductor switching devices.  END_OF_DOCUMENT_TOKEN_TO_BE_REPLACED 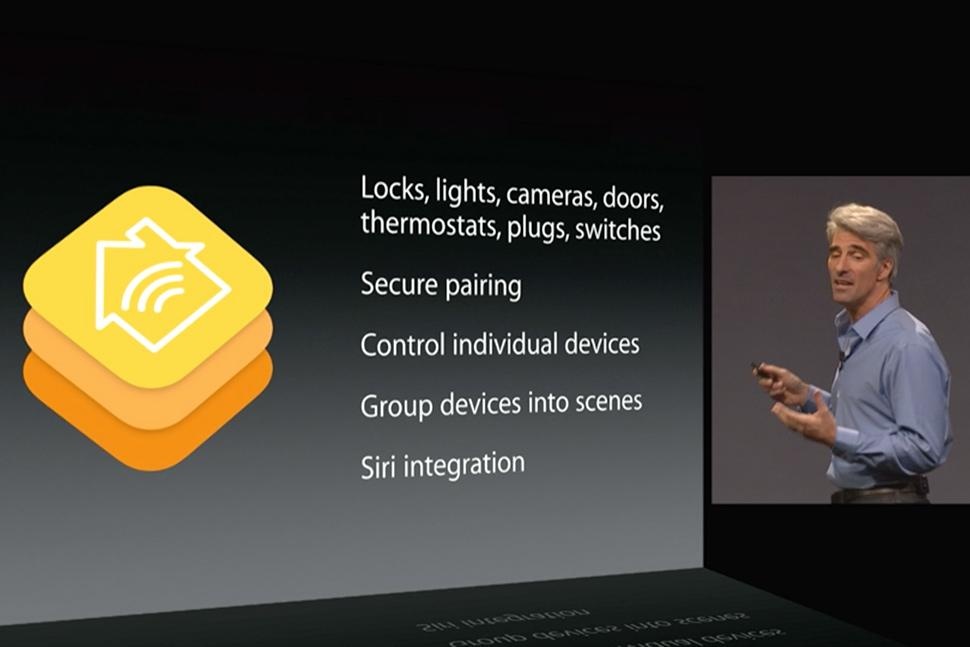 Utilising the performance and Bluetooth Smart connectivity of NXP’s Kinetis products, the solution streamlines development for a wide range of HomeKit compatible products.

HomeKit is a framework in iOS that lets accessories connect seamlessly so people can better manage their homes. It offers a set of common protocols which enable accessories to work together easily and securely, and allows consumers to control them simply using Siri.  END_OF_DOCUMENT_TOKEN_TO_BE_REPLACED 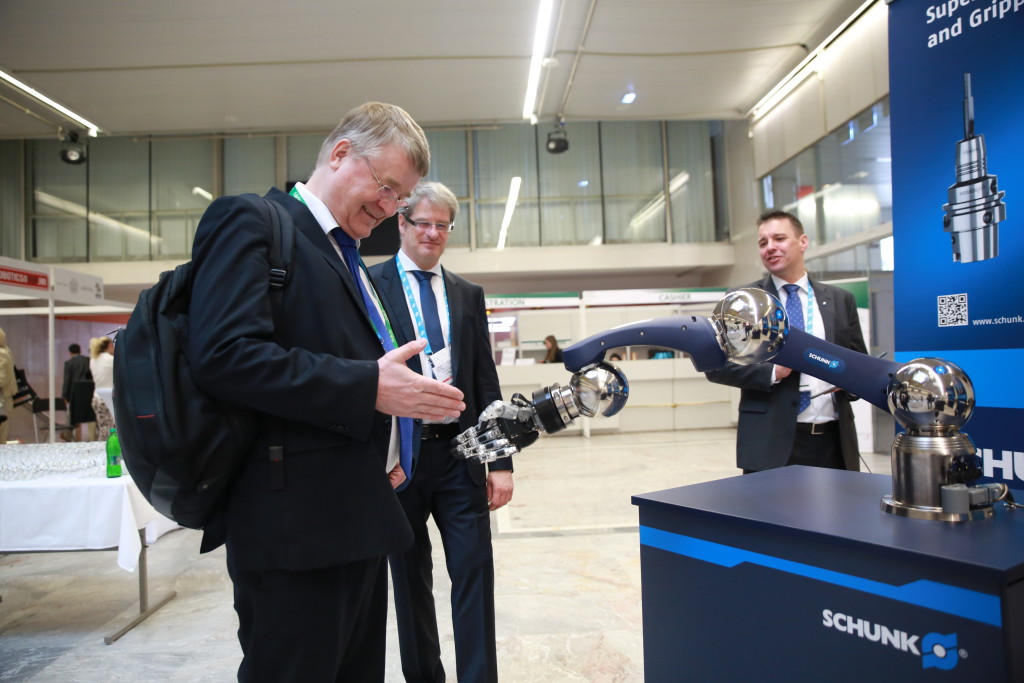 Delegates attending the event spoke of how important it is that Europe maintains its strong position in the robotics industry, and outlines ways it could be done. Here, we convey some of their comments. END_OF_DOCUMENT_TOKEN_TO_BE_REPLACED 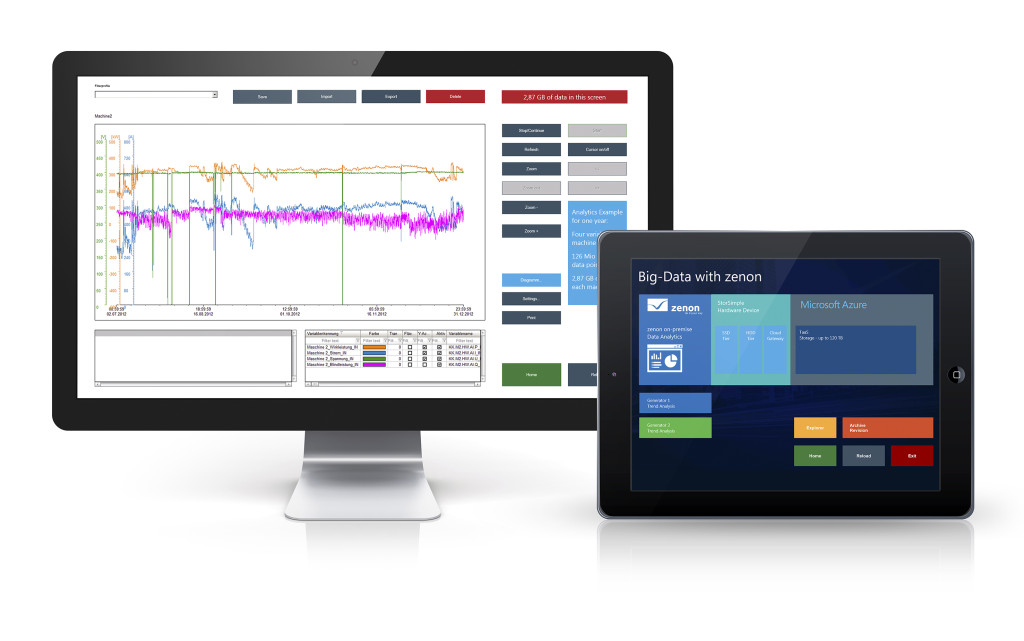 Copa-Data will present scalable software solutions with zenon for vertical data integration for the Smart Factory at the Microsoft booth at the Hannover Messe, between April 25 and 29, 2016.

Copa-Data will demonstrate how existing and new sensory systems can be integrated seamlessly into an overall solution, right up to the cloud. Existing production equipment is thereby also made available in the cloud for industrial IoT scenarios and for cross-site analyses according to local data protection rules.

Customised products and flexible sales markets with concurrent complex production processes characterise modern industrial production. The solutions of the independent software developer for industrial automation allow bi-directional networking from the field level, to HMI/SCADA, right up to the cloud.  END_OF_DOCUMENT_TOKEN_TO_BE_REPLACED 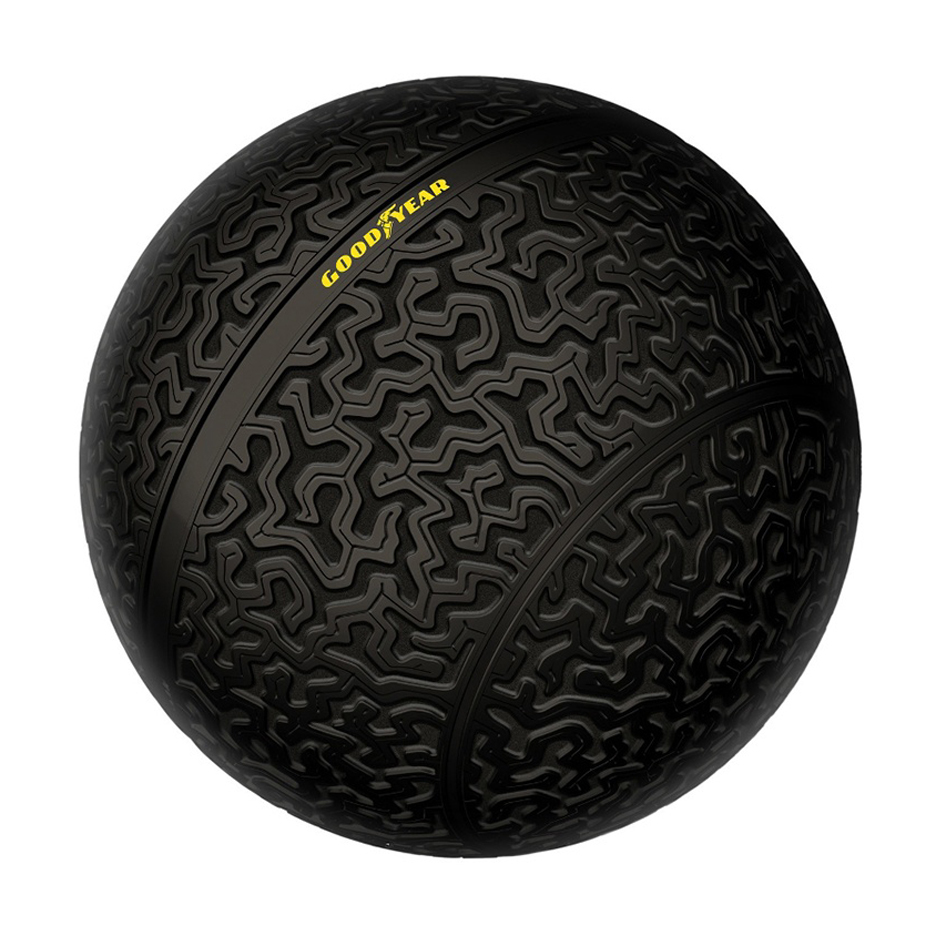 Well, if you ever doubted this website’s ideas, you probably won’t any more, especially after we show you this.

Good ideas are hard to come by, and one gem of concept nonchalantly offered to readers of Robotics and Automation News was spherical wheels.

In an article about how German technologists are looking to develop wheels that operate independently, one of my colleagues suggested spherical wheels, like ball bearings, held to the car using magnets.

Maglev trains were not mentioned, but they don’t need to be, since it’s the first thing that comes to mind when you say magnets in such a context. Think of those giant maglev train networks in China – that’s exactly what the writer was thinking at the time.

We haven‘t looked into it much, not even googled it, but we believe our website could be the first to ever mention spherical wheels in a serious technology context.

Exhibit A: The spherical wheel idea was ours

Goodyear has just shown some designs for a spherical wheel, as reported on Dezeen.com. It only takes a few minutes to create images using computer software – on any application. It’s as easy as a gear shift manoeuvre.

But it takes a genuinely creative mind to achieve paradigm shifts, and come up with ideas that change the whole game. And we would obviously claim that maybe, just maybe, we came up with that idea first. 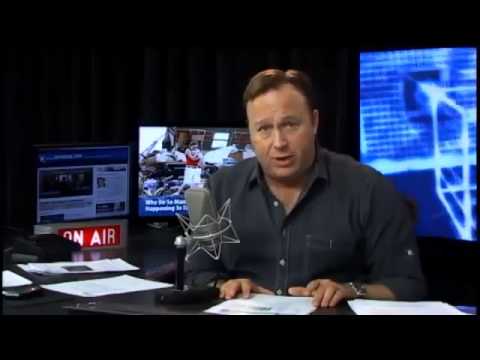 His television/radio channel, Infowars.com, has been consistently broadcasting reports for more than a year about the  “robot takeover”, with Jones condemning what he says is a “metric, scientific, mathematic algorithm of tyranny” that humanity faces today.  END_OF_DOCUMENT_TOKEN_TO_BE_REPLACED 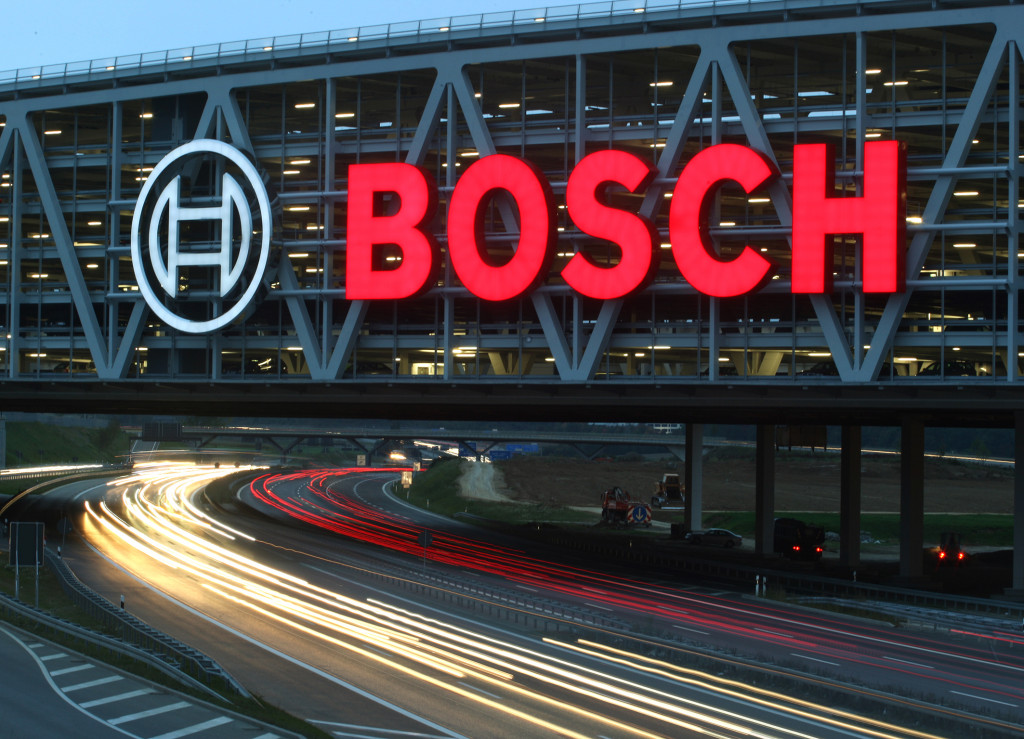 Bosch is launching a range of intelligently connected solutions for commercial buildings and homes. Bosch says its products energy and building technology enhances comfort, safety and security, saves energy, and reduces operating costs. To this end, the supplier of technology and services is focusing on connectivity via the internet of things (IoT).

Bosch is releasing its building management system known as BIS (building integration system), which combines all the security systems of a building on one platform: video surveillance, fire-alarm and evacuation systems, intrusion-alarm technology, and access control. Building technology used to open and close barriers, gates, and doors, for example, can also be controlled with BIS.  END_OF_DOCUMENT_TOKEN_TO_BE_REPLACED 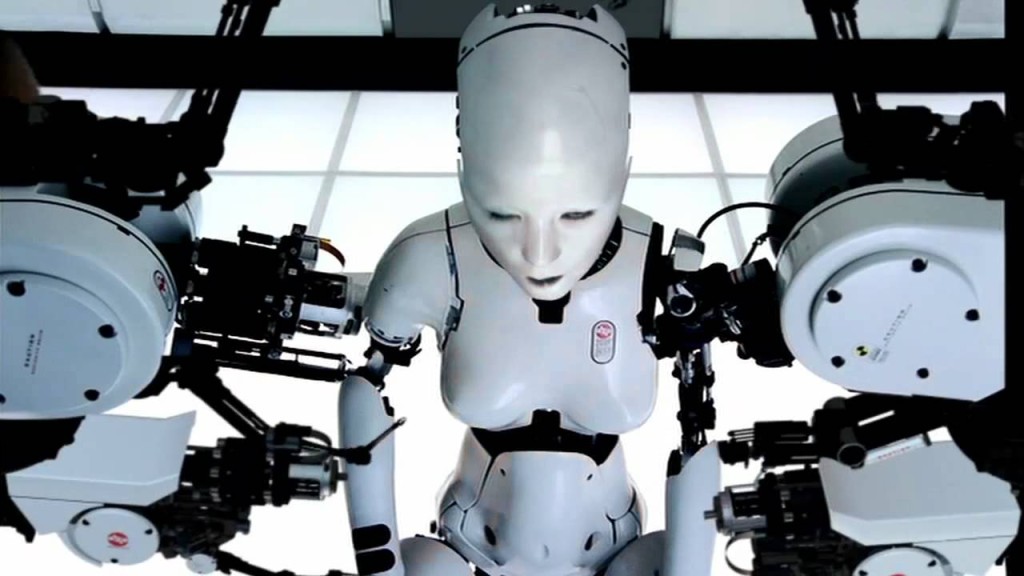 And recently, Lady Gaga performed on stage with the aid of a robot. There’s probably been a few other artists who have generously shared the stage with robots in recent times, but some of us haven’t really noticed because we still have the old Kraftwerk classics from the first electronic era on infinite loop in our minds (see video).  END_OF_DOCUMENT_TOKEN_TO_BE_REPLACED 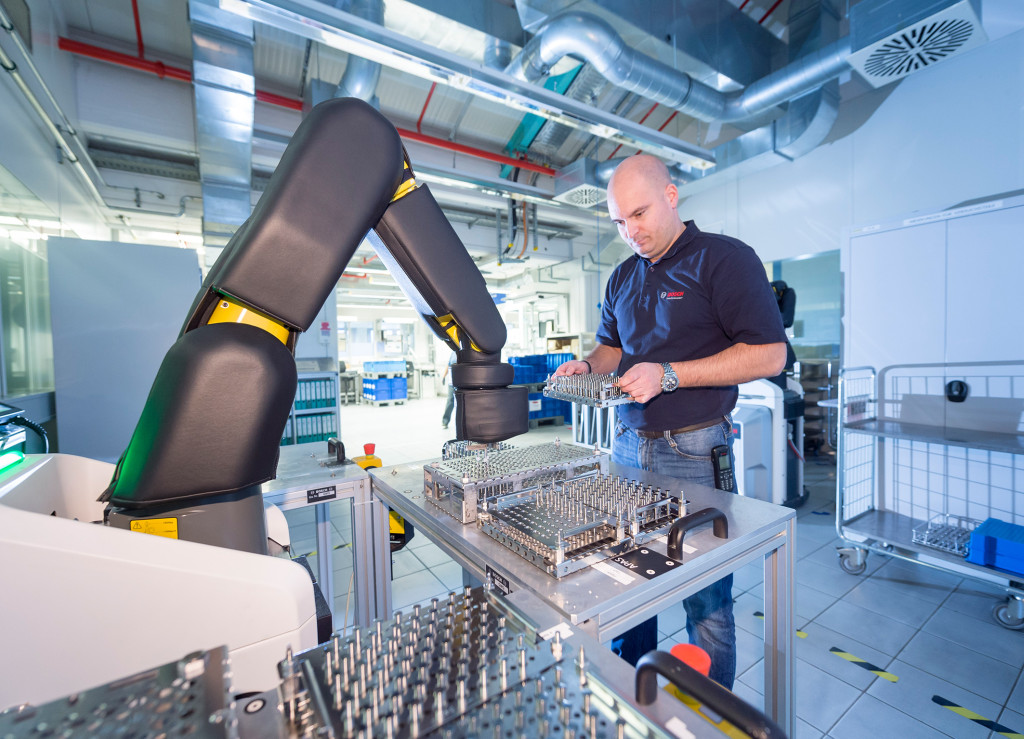 Bosch has combined what it calls its ‘Industrie 4.0 platform’ with Industrial Internet Consortium standards for the first time, calling it ‘an international breakthrough for connected industry’

Connected industry is now becoming an international reality. In a new project, Bosch is working together with partners to combine the technical standards of Germany’s “Industrie 4.0” platform and of the Industrial Internet Consortium (IIC) for the first time. This combination of the two approaches allows the exchange of data between central areas of connected industry.

“Industry 4.0 is not so much a national as an international issue. Only a truly global approach – without competing company standards or differing national regulations – will allow it to develop to its full potential,” said Dr Werner Struth, a member of the Bosch management board, at the Bosch ConnectedWorld IoT conference in Berlin. END_OF_DOCUMENT_TOKEN_TO_BE_REPLACED

Intuitive Surgical’s Single-Site technology enables surgeons to operate through a single incision in the patient’s umbilicus during cholecystectomy, benign hysterectomy and salpingo-oophorectomy procedures.

“The da Vinci Xi was designed to seamlessly integrate advanced and future technologies and we are extremely pleased to further expand our line of product offerings with the clearance of Single-Site instruments and accessories,” said Sal Brogna, executive vice president, product operations, Intuitive Surgical. “Single-Site technology adds great versatility to the da Vinci Xi by enabling both single port and multi-port surgery on a single system.”  END_OF_DOCUMENT_TOKEN_TO_BE_REPLACED