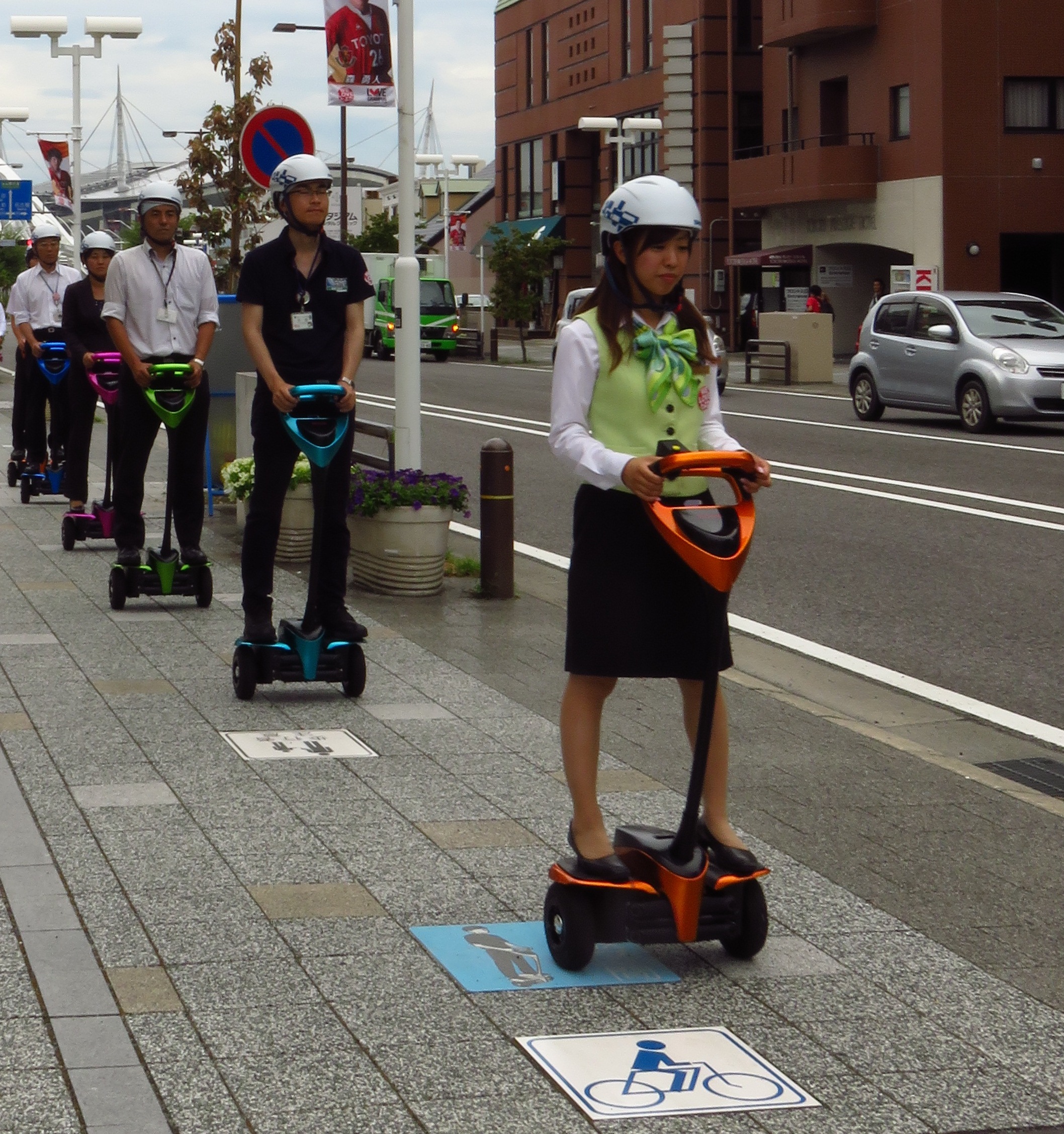 Similar trials of the Winglet and other personal mobility assistance robots have previously been conducted in Tsukuba City and Toyota City, both of which are subject to special regulatory exemptions for testing new technologies.

A recent regulatory change has expand the system of designating special zones for technological trials nationwide, enabling similar projects to be carried out elsewhere under the same conditions.

As a result, Toyota decided carry out new trials in Tokyo Waterfront City, an area said to be known for embracing cutting-edge technologies and advanced research projects.

Tokyo Waterfront City will be the first area in Japan to host a trial under Japan’s recently expanded testing system.

Following a safety assessment period overseen by Toyota, the Tokyo Metropolitan Government, and other organizations, test ride events for the general public will be rolled out from late April 2016.

Toyota says the purpose of the trial is to create an opportunity for members of the general public to experience the Winglet, which – under current law – is not allowed to be used freely on public sidewalks.

At the same time, the trials will enable exploration and testing of its operability around pedestrians and its potential as a tourism resource.

As part of the trial, events will be held on weekends twice a month from late April, with no participation fees charged.

Test rides will be available to holders of motorcycle licenses who have received a Winglet Pass from Toyota upon taking a short introductory course.

Initially, these events will be available to around 10 applicants a day, says Toyota, and the vehicles will follow a set path, operating in a convoy with staff in attendance at the front and rear.