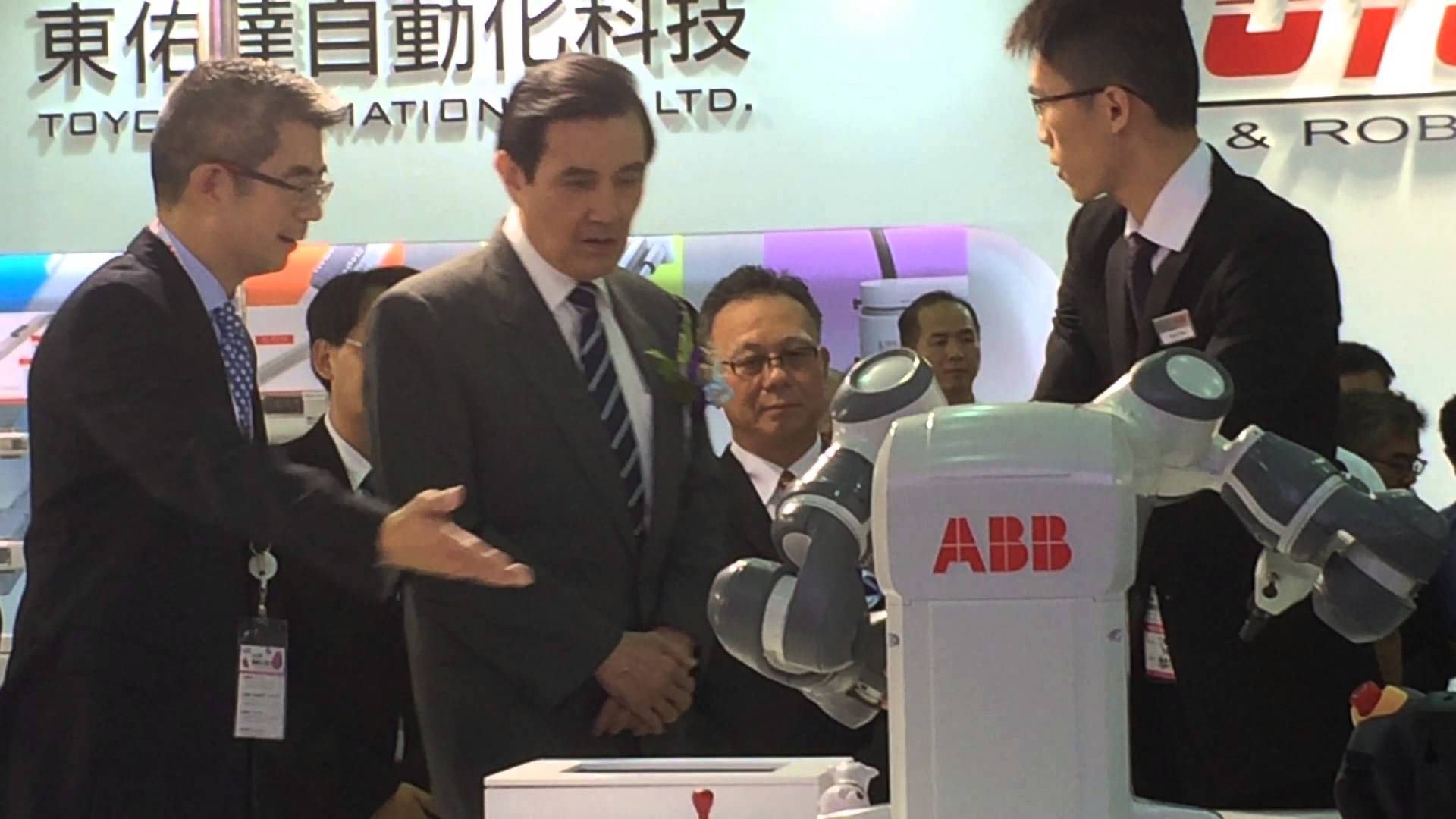 More than 1,600 companies have booked stands and are preparing to market their products at the Innovex and Smartex events in Taiwan. Robotics and the internet of things will be among the key attractions.

The exhibitions are organised by Computex Taipei, a government-linked organisation started in 1981 to promote trade with the outside world.

China has been buying large numbers of industrial robots in recent years, and ABB is one of the companies which is looking to establish itself in the region.

The company is developing partnerships on Mainland China, and has decided to book a place at the Computex in Taiwan, which is something of a global hub for electronics manufacturing.

Computex unveiled its exhibitor list and claims it shows its “success in representing the global technology ecosystem”.

Spokespersons from the Taiwan External Trade Development Council (Taitra) and the Taipei Computer Association (TCA), the hosting organizations of Computex, convened with prominent exhibitors Siemens, NXP Semiconductors and Asus to present their vision of the Internet of Things (IoT) and how it will shape the future.

Taitra executive vice president Walter Yeh said Computex has recruited more than 1,600 exhibitors from 26 countries in over 5,000 booths to display the latest information and communications technologies.

Siemens returns to Computex after three years while ABB, the leading industrial robot manufacturer from Switzerland, will exhibit at Computex for the first time.

Other well-known exhibitors include Acer, ASUS, Intel, Mercedes-Benz, Microsoft, NXP, Supermicro, and many more. Startups including CareMonkey, Dronamics, Blocks, KonoLabs, Connecterra, and Lucid VR who have won prestigious awards such as Slush, Web Summit, and Garage+ will be showcased in the new Innovex exhibit.

Yeh also presented eSports as a hot global trend, and Taiwan has vast resources and capabilities for integrating software and hardware in the gaming industry. This year, Computex invited more than 30 gaming giants including MSI, Cooler Master, G.Skill, In Win, and Thermaltake, who will display their latest breakthrough technologies. HWBOT and Computex will partner to offer the HWBOT World Tour 2016 – Asia, an overclocking competition that will appear on Twitch.tv.

Business solutions such as mobile devices and point-of-sale systems are the foundation of the exhibition, while Taiwan’s strength in ICT entrepreneurship, innovation, technology, intellectual property protections and manufacturing partnerships including rapid prototyping will also be showcased throughout Computex.

There will also be three new exhibits at the shows: