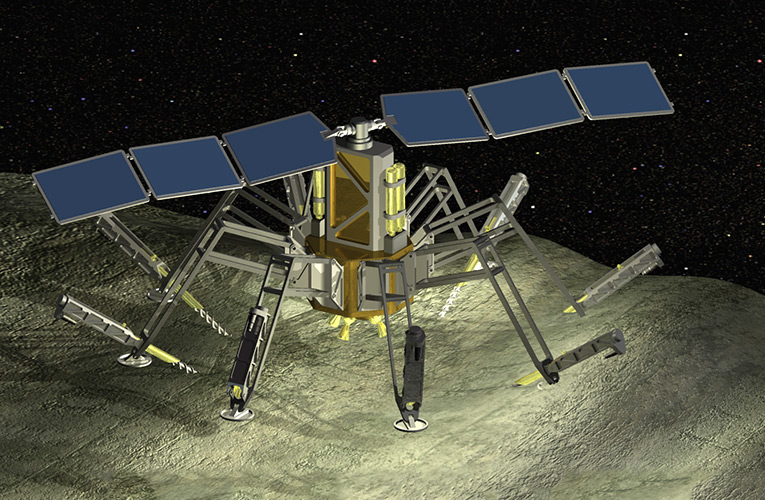 Nasa has decided to pour money into a project by Honeybee Robotics to build robots that fly around space, collecting water from different planets and celestial objects.

Neither Nasa nor Honeybee has made public the exact amount of money to be placed in the pot, but a source close to the story said it was a “sweet deal” and that it would be spread over many years.

The awards will fund further development of technologies to support future planetary exploration and in-situ resource utilization, including harvesting water for human and robotic exploration of the solar system.

“Sample return from Mars remains a high priority for the scientific community, and our goal with the Sample Return Canister and Sealing System is to help future missions return material in as pristine condition as possible.

“With the Planetary Volatiles Extractor, we are developing a new way to gather volatile material such as water from the Moon, Mars, asteroids, or comets, which would greatly extend mission life—whether used for human consumption or processed into rocket fuel.”

In Phase II of the proposed investigation, Honeybee will design, fabricate, and test high fidelity prototypes of the hermetic sealing canister and sealing system.

The Planetary Volatiles Extractor builds on a Phase I project, which investigated different architectures to extract water and other volatiles from cryogenic soil as found on parts of the Moon, Mars, and Near-Earth Objects.

Traditional extraction techniques based on mining and transportation of icy material face challenges due to the cohesive nature of the icy material, and the tendency for ice to sublime, leaving behind dry soil.

The Planetary Volatiles Extractor uses a different approach, in which a coring drill with a heating element extracts volatiles directly from the soil, increasing yield and reducing challenges associated with material handling.

During Phase II, Honeybee will fabricate a TRL5 prototype and perform tests in a vacuum chamber to determine drilling energies in various formations, volatiles extraction efficiency, and efficiency of volatiles transfer.