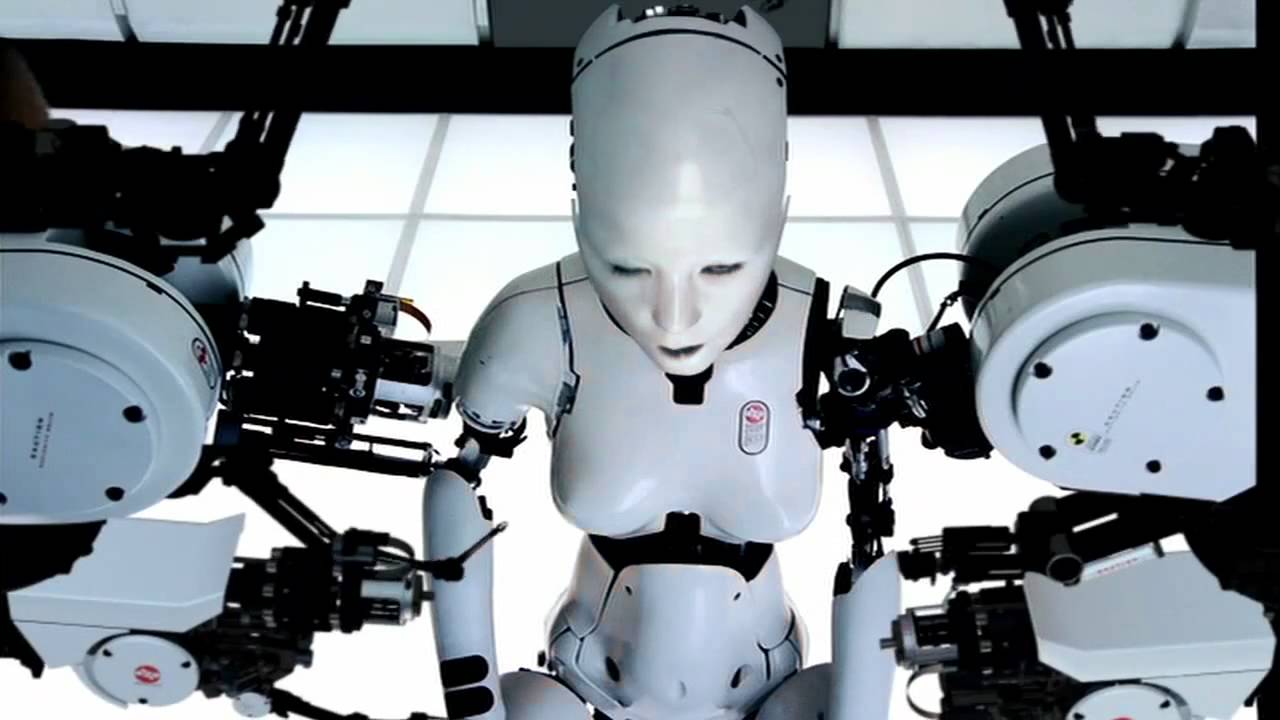 And recently, Lady Gaga performed on stage with the aid of a robot. There’s probably been a few other artists who have generously shared the stage with robots in recent times, but some of us haven’t really noticed because we still have the old Kraftwerk classics from the first electronic era on infinite loop in our minds (see video).

We do not know who Dr Steel is, but he has robots in his band, or something. And no one has conclusively proved that Daft Punk are not robots.

Björk made a typically strange but true video for All is Full of Love, in which she pretended to be a robot. Totally implausible, but mesmerising anyway.

But it’s not just music that the robots will take over. Global domination is their goal, and they’re coming after every single job description that exists in the known universe, although “musician”, “artist” and “writer” may not seem to be uppermost in most people’s minds as being under threat from essentially soulless mechanoids, virtual or otherwise.

In an article in The Daily Beast, Joelle Renstrom suggests that “Your next favourite artist, writer or musician might be a robot”. There’s no “might” about it of course, but let’s not panic, it might make agitate the robots.

Read the full article on The Daily Beast.