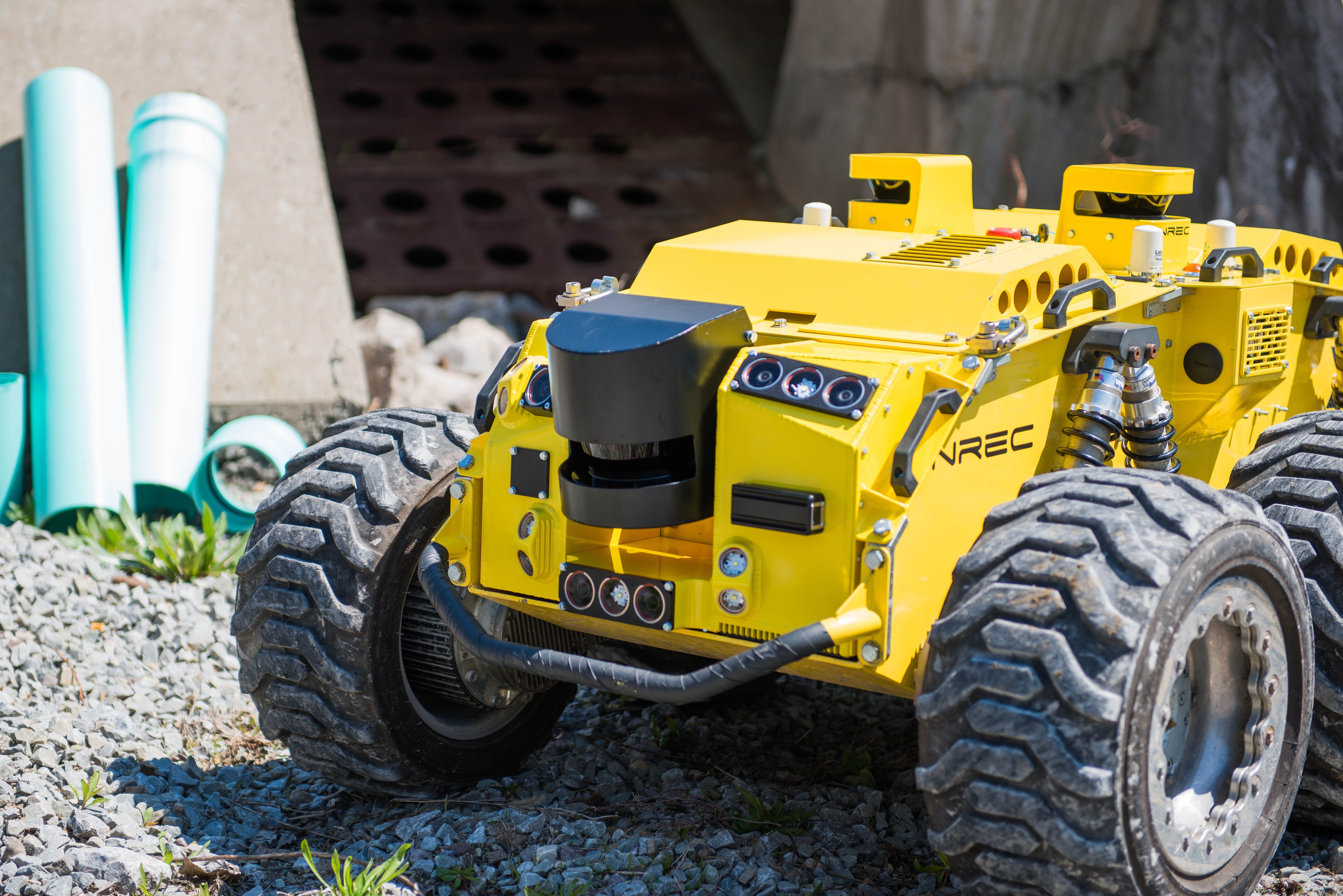 Carnegie Mellon University’s National Robotics Engineering Center (NREC) has been selected as a prime contractor or subcontractor on four major new federal research projects totaling more than $11 million over the next three years. The projects range from research on a wheel that can transform into a track to automated stress testing for critical software.

“For the past 20 years, NREC has been an important national resource, combining unique technical skills and testing capabilities to solve problems that other groups can’t,” said Martial Hebert, director of CMU’s Robotics Institute, which includes the NREC. “These new projects are a reminder that NREC continues to advance the art and science of robotics and that it remains a vital part of Carnegie Mellon’s Robotics Institute.”

The new research initiatives include:

The NREC performs advanced research and early prototype development under contract to a variety of industrial and governmental clients. Its numerous successes have included unmanned ground vehicles and a robotic system for removing aircraft coatings, as well as automated mining, petroleum production and agricultural equipment.

The latest expansion of the NREC’s research program comes a year after 40 of its staff members left to establish the Uber Advanced Technologies Center in Pittsburgh. Since then, the NREC has had several notable accomplishments. Among them is the NREC-designed and -built CHIMP robot that was among the top finishers last June at the DARPA Robotics Challenge, an international competition in which robots needed to drive vehicles, use power tools, open doors, clear debris and do other tasks in response to natural or manmade disasters. Almost every legged robot in the competition fell, but CHIMP was the only one to get back up on its own and complete the course.

Last fall, a joint effort by the NREC and Sikorsky for the U.S. Army Tank Automotive Research, Development and Engineering Center successfully demonstrated that an autonomous helicopter working together with a self-driving ground vehicle can autonomously survey a remote contaminated site.

It’s not surprising that the NREC continues to build momentum, said Andrew Moore, dean of the School of Computer Science.

“As the leading academic robotics research center in the world, we’re accustomed to a natural flow of technical and research talent back and forth between academia and industry. Top tech firms want the skills Carnegie Mellon faculty, students and staff bring,” Moore said. “While four faculty members are now on leave working at Uber ATC, and a number of technicians also joined ATC, we have hired four new faculty in robotics and another 13 in related areas of machine learning, systems and algorithms.”

In response to the growing demand for roboticists, the Robotics Institute last fall had more graduate and undergraduate students – 410 – than at any time in its history. It increased the size of its master’s degree programs by more than a third.

In addition, the Robotics Institute includes more than 500 faculty, technical staff members and post-doctoral and visiting researchers, giving it the enormous technical breadth and depth of expertise needed for large, real-world-based research work. The institute will be recruiting five additional faculty members this spring.

“Uber is a great addition to Pittsburgh, which already is home to such tech companies as IBM, Google, Apple and Disney,” Moore added. “Additionally, the Robotics Institute has been partnering on R&D with dozens of advanced technology companies, auto companies and aero companies. Although we do not now have any R&D partnership with Uber, we are excited to see another significant technology presence in Pittsburgh.”

“I’ve always said, if you work at NREC for three or four years, you can get a job anywhere,” Herman said. He added that staff turnover is anticipated and is part of the long-term story of Pittsburgh as a worldwide center for robotics.

The new research efforts are examples of the swell in demand for collaborations that capitalize on the NREC’s strengths and promise to yield valuable new technologies. These technologies include: