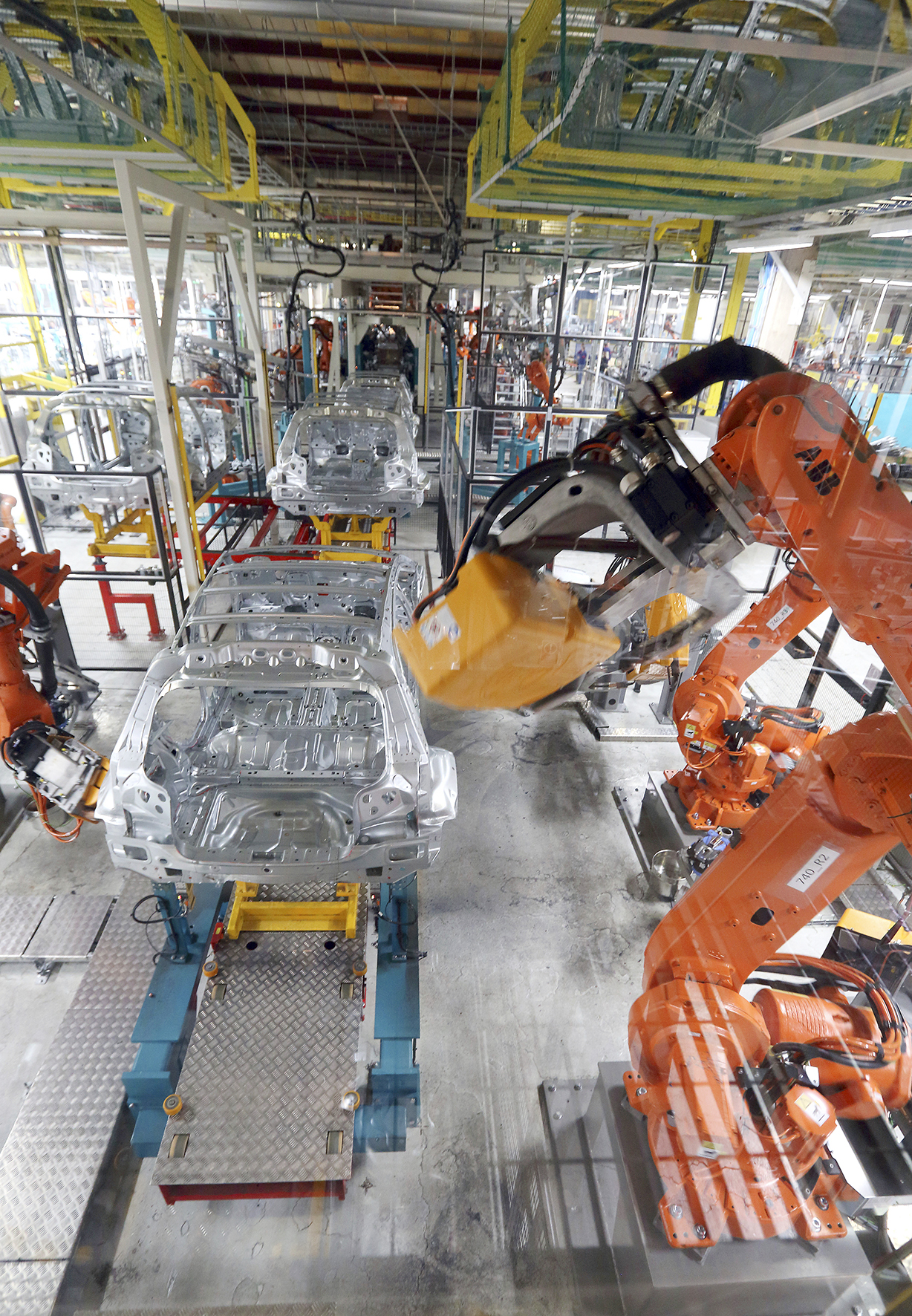 ABB will deliver over 250 robots to Valmet Automotive for use at its Mercedes-Benz GLC SUV body shop in Uusikaupunki, Finland. Production of the GLC sport utility vehicle will begin in early 2017.

This is the largest contract for industrial robots ever signed in Finland. Valmet Automotive’s total number of ABB robots will double to more than 500. The recently announced new production line is a greenfield project, which consists of the main lines and sub-assembly cells.

The additional robots will boost the Finnish automotive supplier’s flexible manufacturing allowing it to enhance its operations by improving productivity and shortening lead-times.

ABB Robotics’ robot solutions guarantee customers like Valmet Automotive superior efficiency in their manufacturing processes, allowing them to build cars with much more precise welds, closer tolerances and more accurate engineering overall. The order includes the IRB 6700 robots line, introduced in 2013, which is more robust and 15 per cent more energy efficient than its predecessor.

The maintenance has been simplified, making it the best performing robot with the lowest total cost of ownership in the 150-300 kilogram (kg) class. The IRB 8700 line, ABB’s largest robot launched in November 2015 with a reach of 3.5 meters and capable of handling a payload of up to 800 kg, is also part of the order.