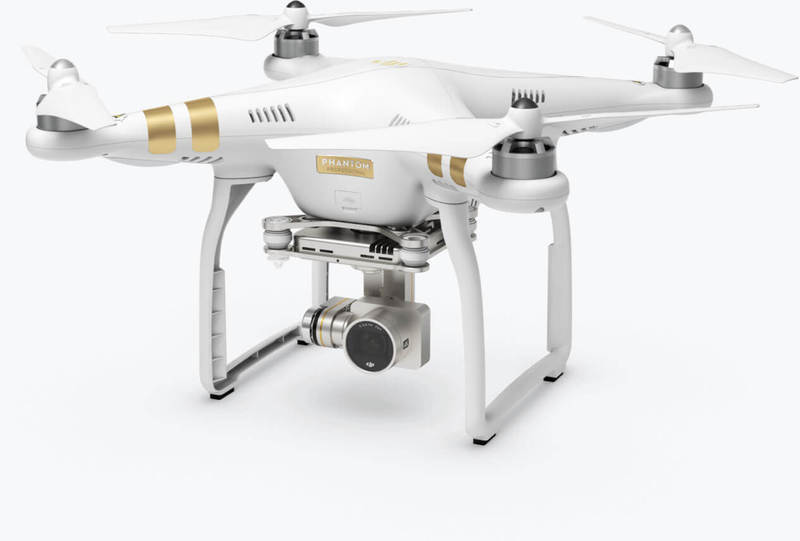 “With the Phantom 4, we are entering an era where even beginners can fly with confidence,” said DJI CEO Frank Wang. “People have dreamed about one day having a drone collaborate creatively with them. That day has arrived.”

If the system determines the craft cannot go around the obstacle, it will slow to a stop and hover until the user redirects it. Obstacle avoidance also engages if the user triggers the drone’s “Return to Home” function to reduce the risk of collision when automatically flying back to its take off point.

With ActiveTrack, the Phantom 4 breaks new ground, allowing users running the DJI Go app on iOS and Android devices to follow and keep the camera centered on the subject as it moves simply by tapping the subject on their smartphone or tablet. Perfectly-framed shots of moving joggers or cyclists, for example, simply require activating the ActiveTrack mode in the app.

The Phantom 4 understands three-dimensional images and uses machine learning to keep the object in the shot, even when the subject changes its shape or turns while moving. Users have full control over camera movement while in ActiveTrack mode – and can even move the camera around the object while it is in motion as the Phantom 4 keeps the subject framed in the center of the shot autonomously.

A “pause” button on the Phantom 4’s remote controller allows the user to halt an autonomous flight at any time, leaving the drone to hover.

By using the TapFly function in the DJI Go app, users can double-tap a destination for their Phantom 4 on the screen, and the Phantom 4 calculates an optimal flight route to reach the destination, while avoiding any obstructions in its path.

Tap another spot and the Phantom 4 will smoothly transition towards that destination making even the beginner pilot look like a seasoned professional.