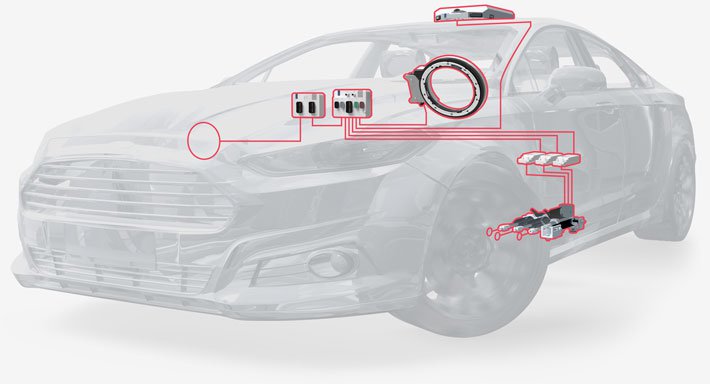 At the end of last year, ten of the world’s largest consumer vehicle manufacturers combined to announce that automated emergency braking systems would be a standard feature in all new vehicle models produced by the companies. The move is designed to reduce the number of rear end collisions which make up about a third of all accidents.

While each manufacturer’s system would work differently, the fundamental concept is the same: if forward facing sensors detect a slower moving or stopped vehicle ahead, the brakes automatically engage without driver intervention.

“We are entering an era of vehicle safety, focused on preventing crashes from ever occurring, rather than just protecting occupants when crashes happen,” said Anthony Foxx, US Transportation Secretary in the Los Angeles Times article.

Regardless of where your opinion falls on this specific topic, it’s important to recognize that the automatic emergency braking system is just one of several autonomous vehicle technologies that have or will shortly make it into consumer vehicles. Advances such as adaptive cruise control, lane departure warnings, and automatic parallel parking have already made their debut and are becoming increasingly affordable options. In each case, the combination of sensors and intelligent action on the part of the vehicle has its roots in robotics. The benefits to safety and convenience will continue to push the industry toward robotic vehicles.

However, because of the substantial legal issues involved, the unmanned industry generally has steered clear of consumer vehicles. California recently released draft regulation proposals signaling that liability of these vehicles could rest on the vehicle manufacturers. Nothing has been passed on the federal or state level though so some are still trying to anticipate the eventual adoption of fully automated vehicles on public roads and what it will take to get the industry there.

For example, the University of Michigan, in partnership with the Michigan DOT, have created Mcity, a mock “downtown” that simulates the unexpected variables that come with driving in urban conditions, allowing manufacturers to test autonomous vehicles in a realistic environment. ASI also expanded its test facilities in northern Utah to allow for simulating some of these situations.

Fully autonomous systems have already been successfully applied to consumer vehicles in closed/controlled environments. Autonomous Solutions, Inc. (ASI) has been working with Ford Motor Company since 2011 and developed a robotic durability testing program. Robotic technology is retrofitted to new vehicle models and operated from a central command center at Ford’s Michigan Proving Ground facility. The robotic technology enables Ford to remove human drivers from the most punishing test tracks and run durability testing 24/7.

Despite the progress of the University of Michigan, ASI, and other innovators like Google with their Google Car program, full adoption of autonomous vehicles on the road still seems a ways in the future. But that’s not to say that we won’t continue to see individual autonomous technologies, such as automatic emergency braking, trickle into the consumer market.