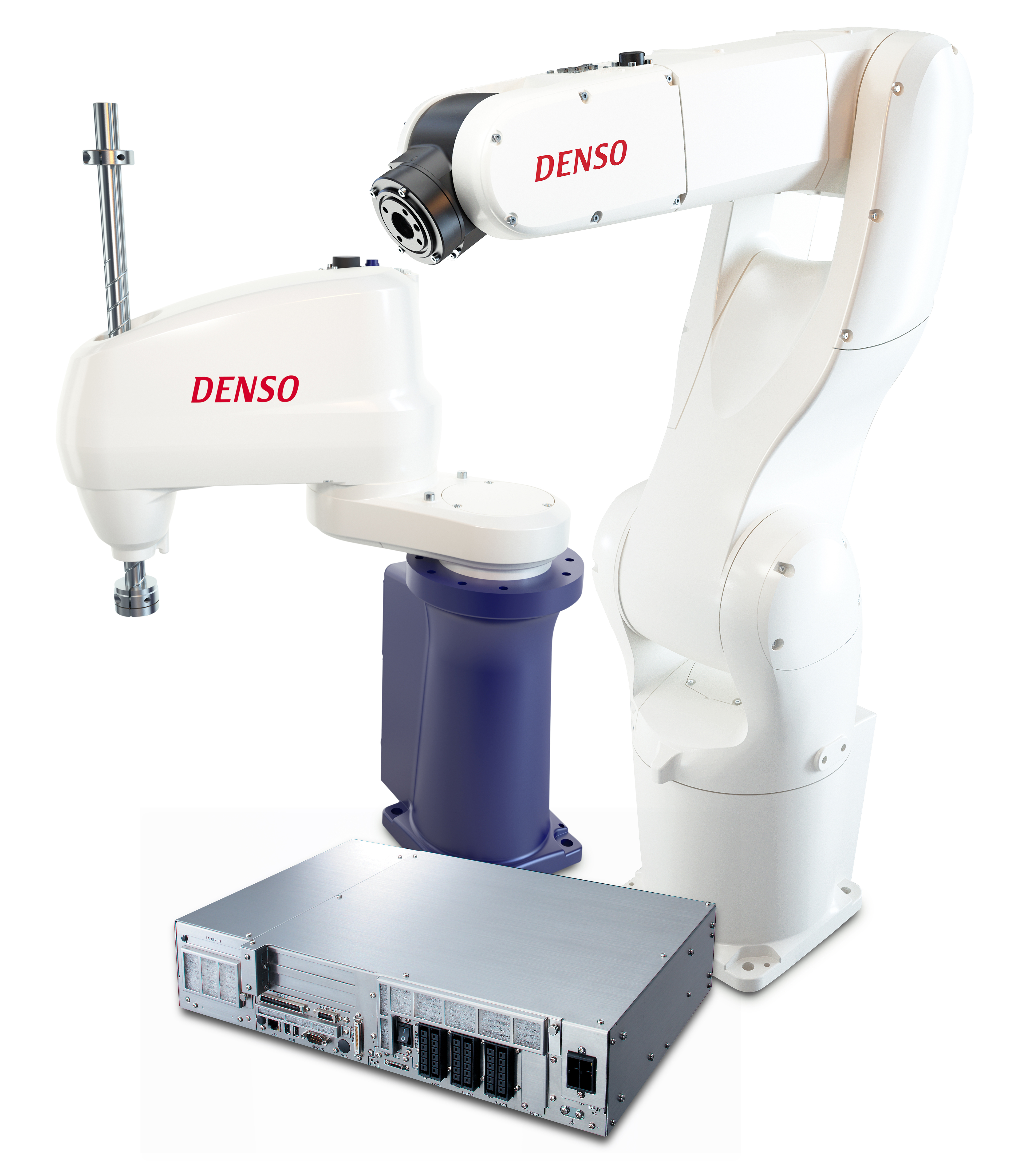 Denso Robotics has released its latest RC8 robot controller, which features a built-in I/O command-slave function that allows Denso robots to be controlled directly by Rockwell and Omron PLCs or PACs. Beta testing for Siemens and Mitsubishi PLCs and PACs is in progress.

“Ease of use has always one of our chief considerations,” said Peter Cavallo, robotics sales manager, Denso products and services Americas. “The I/O command-slave function in our RC8 controller makes it easy for customers to program and operate our robots from within their familiar PLC or PAC environment, without having to learn a specialized programming language.”

Denso is the world’s largest manufacturer — and user — of small assembly robots, employing more than 17,000 of its robots in its own facilities. More than 60,000 additional Denso robots are used by other companies worldwide, giving Denso the largest market share in this segment by far.

The compact, high-speed robots are widely used in traditional manufacturing sectors, as well as in advanced-technology applications in the medical, pharmaceutical and life sciences industries.

Denso, headquartered in Kariya, Aichi prefecture, Japan, is a leading global automotive supplier of advanced technology, systems and components in the areas of thermal, powertrain control, electronics, information and safety.

Its customers include all the world’s major carmakers. Worldwide, the company has more than 200 subsidiaries and affiliates in 38 countries and regions (including Japan) and employs more than 140,000 people.

In North America, DENSO employs more than 22,000 people at 30 consolidated companies and affiliates. Of these, 25 are manufacturing facilities located in the United States, Canada and Mexico.