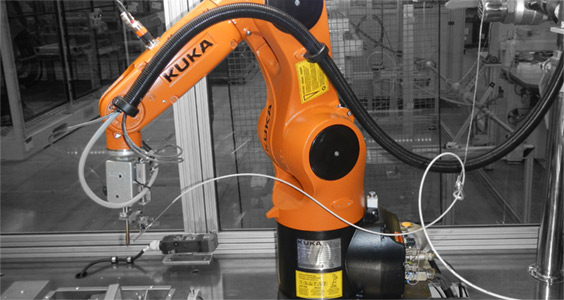 Alnea says its new robot-based soldering process is in compliance with international standards.

The soldering process used in so-called through-hole technology (THT) requires the utmost precision. The small structures and the close proximity of components that must not be wetted leave no room for error.

With THT, repair processes are time- and cost-intensive, often not reproducible and in some cases not even allowed.

“A reliably controlled selective soldering process is the decisive first step on the path to zero-error production for our customers,” says Krzysztof Kamiński, president of Alnea.

The Alnea-Zeus controller developed by Alnea was in need of a major update to ensure that it could continue to meet the standards set in the future by the international association of the printed circuit and electronics industries (IPC).

The new version of the soldering controller can now access all process parameters, such as the provision of relevant materials for the soldering process, their exact positioning and the prevention of solder spatter outside the work area.

At Alnea, it controls the motions of the soldering iron and also holds the board in a fixed position. Thanks to the robotic automation solution, all parameters of the selective soldering process can be monitored reliably via the teach pendant.

Furthermore, all data provided by the Kuka robot are fed into the system and used. This has led not only to a noticeable reduction of errors, but also to a significant increase in productivity.