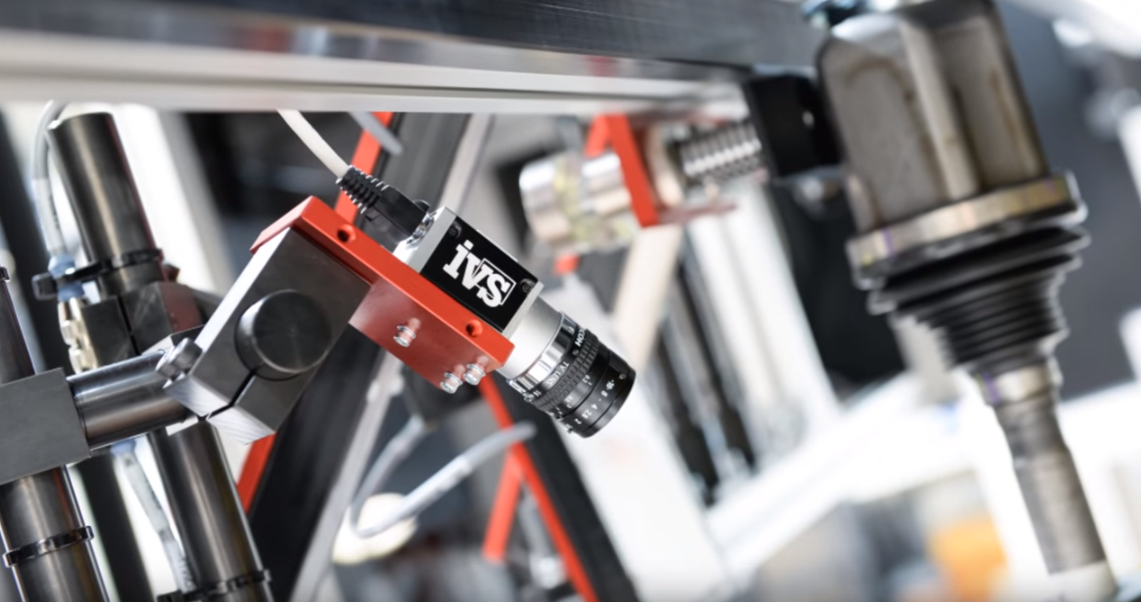 The machine vision market is expected to grow from $8 billion in 2015 to $12.5 billion by 2020, according to a report by Markets and Markets.

With such huge financial rewards potentially available, many machine vision companies are competing to put themselves in a market-leading position going forward.

One of those companies is Industrial Vision Systems, which is already well established with “traditional” robot users such as large automakers.

Now, it’s looking to grow its market by further strengthening its association with collaborative robots. IVS says its machine vision enhances the productivity of co-bots.

The new generation of affordable lightweight robots is unlocking new markets and applications as they work side by side with human workers, increasing labour and total factor productivity and eliminating the need for costly precision fixtures allowing different parts to be processed and inspected without changing tools.

By using UR3, UR5, and UR10 model robots from Universal Robots – one of the earliest manufacturers of co-bots – IVS, whose vision systems can be integrated with all major robot manufacturers and control systems, utilises the robots for the inspection of complex components as well as providing positioning feedback to the robot.

The UR3 is a smaller table-top robot that can be used to provide camera inspection on multiple sides of complex parts and components, allowing precision automated inspection.

IVS is also using the robots to help assist human workers with inspection processes, which relieves them of more commonplace work meaning they are typically redeployed to higher value tasks that robots cannot do. In the future inspection benches will include space for an operator and a robot to work in partnership as part of the quality control process of production.

Earl Yardley, director at IVS, believes that working with collaborative robots has the added advantage of working safely and effectively in workspaces occupied by humans.

Yardley says: “Collaborative robots are designed so that the robot and human can work side by side without barriers. By offering ready-to-run inspection solutions utilising robots and vision in tandem, we are opening a new era for real time machine vision inspection.

“When it can be deployed, collaborative robots are generally easier to use than the traditional models. At Industrial Vision Systems not only do we have off-the-shelf integration for all major robot manufacturers but we also utilise the robots for the inspection of complex components as well as providing positioning feedback to the robot.

“The latest collaborative robots within industry (so called cobots) are designed so that the robot and human can work side by side without barriers; not so the human can make way. For example we are deploying systems utilising artificial intelligence robots and vision in tandem with manual operators for automated inspection.

“The latest systems are designed to assist human workers with processes, which relieves them of the more mundane and repetitive work meaning they are typically redeployed to higher value tasks that robots cannot do. The latest generation of affordable lightweight robots with vision are unlocking new markets and applications as they work side by side with human workers, increasing labour and total productivity.”

Launched in 2000, IVS manage the design, installation and commissioning of quality control vision systems for manufacturing companies. Their vision systems are used for inspection, guidance, identification, measurement, tracking and counting. The company says its systems are “some of the most innovative and advanced machine vision solutions on the market today, successfully deployed in thousands of systems around the world”.