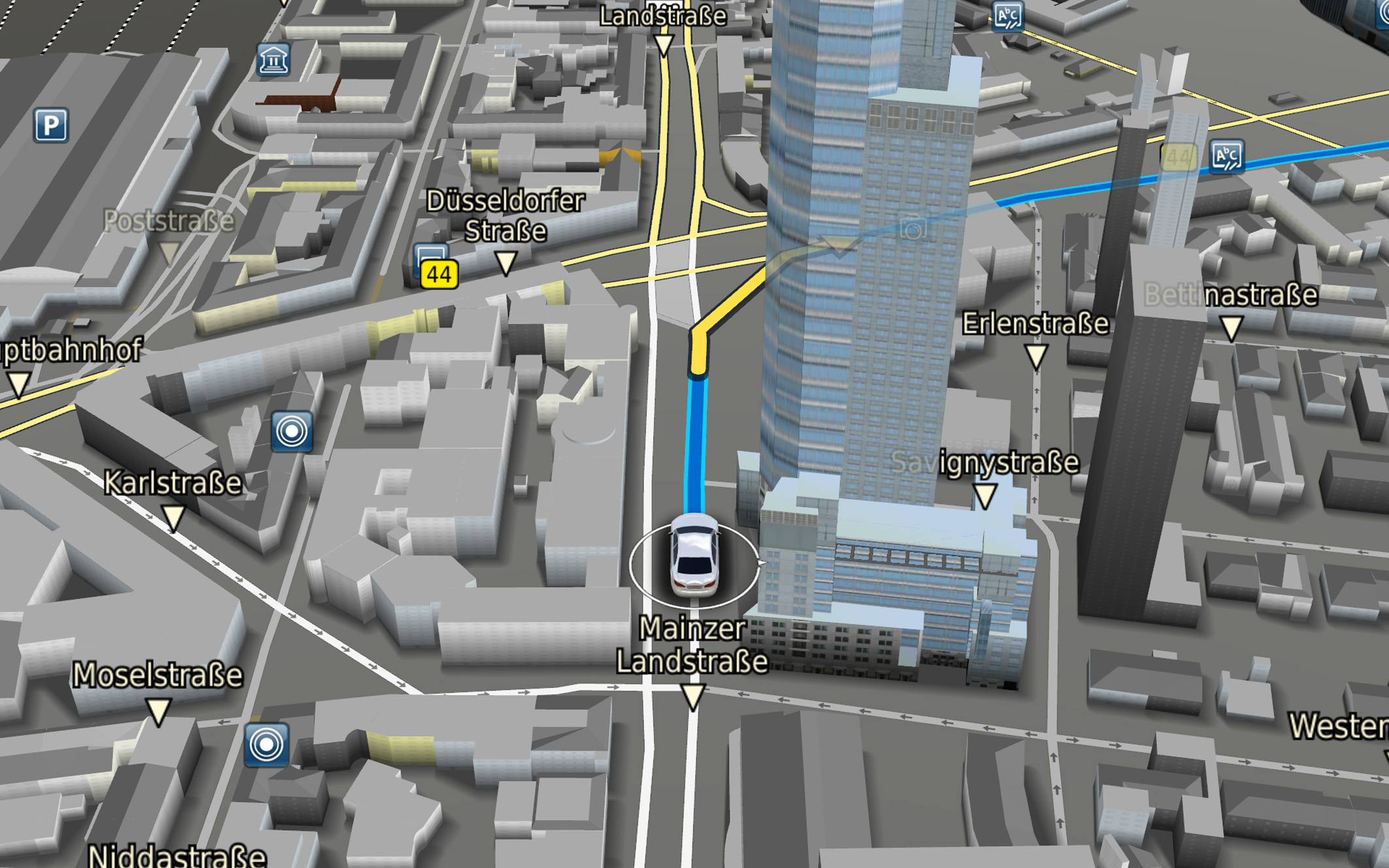 Bosch has enhanced the map display on its built-in navigation systems so they now show a three-dimensional world, which the company says makes them “even more engaging and relevant”.

The company claims its system supports the Navigation Data Standard (NDS), which is an industry map standard for automotive technology.

On the new Bosch maps, buildings extend skyward, enabling you to get your bearings more easily, and visible changes in terrain height combined with integrated satellite imagery produce an almost photorealistic look.

Bosch says this is made possible by its “advanced navigation software, which takes data NDS-compliant and processes it in a 3D rendering module to turn it into a visually stunning map”.

In contrast to comparable solutions, it is possible to use the Bosch approach on navigation systems that are not permanently online, according to the company.

If an internet connection is available, though, the system can enhance the map display with dynamic data. In the future, this will allow, for instance, integration of the latest weather information or fuel prices at gas stations along the route.

The key component in Bosch’s new navigation software is a 3D map engine based on OpenSceneGraph. It superimposes three-dimensional elements like buildings using an additional display layer and can also make them transparent, keeping the route visible to the driver when it goes behind structures.

The driver can smoothly zoom the visible map area, from the highest level of detail to the world view. Using topographical information contained in the NDS data, the software displays differences in terrain height.

It will even be possible to artificially bend up the map in the direction of the horizon, thus maximizing the amount of screen area used to display the route. The new software furthermore supports the 3D artMap function, which rounds the edges of buildings and uses appropriate coloring to give the structures a watercolor look.

For interacting with the system, the driver can choose between voice input, multi-touch, and handwriting recognition. And thanks to the 3D map engine, it is also possible to show different areas of the map on different screens at the same time, such as the displays in the center console and instrument cluster.

The level of display detail can be adapted to the infotainment system’s computing power and memory. The navigation software can thus be configured to suit carmakers’ particular requirements. Updates are easy to install via USB media or a connected smartphone.

Today, traffic congestion can already be portrayed on the map in near real time. But if the infotainment system has internet access, it will be possible in the future to integrate even more information in the map display.

The Bosch connected horizon, for example, gives real-time access to data on road conditions stored in the cloud. The 3D map engine is able to visualize this data, so that areas of the map appear in a different color if there is particularly heavy rain or a risk of black ice.

By simply tracing a circle on the screen with your finger, you can then tell the system to calculate an alternative route going through the point you just defined. Regional temperatures and the expected path of severe storms can also be displayed – an essential function in regions of the US severely affected by tornados.

Furthermore, in electric vehicles, the system uses a colored, transparent overlay to indicate the current range on the map for the amount of remaining battery charge.

The Navigation Data Standard has been jointly developed by carmakers, automotive suppliers, and map providers. The standardized format enables map data to be exchanged easily between them. Standardization reduces the number of different variants and simplifies map updating.