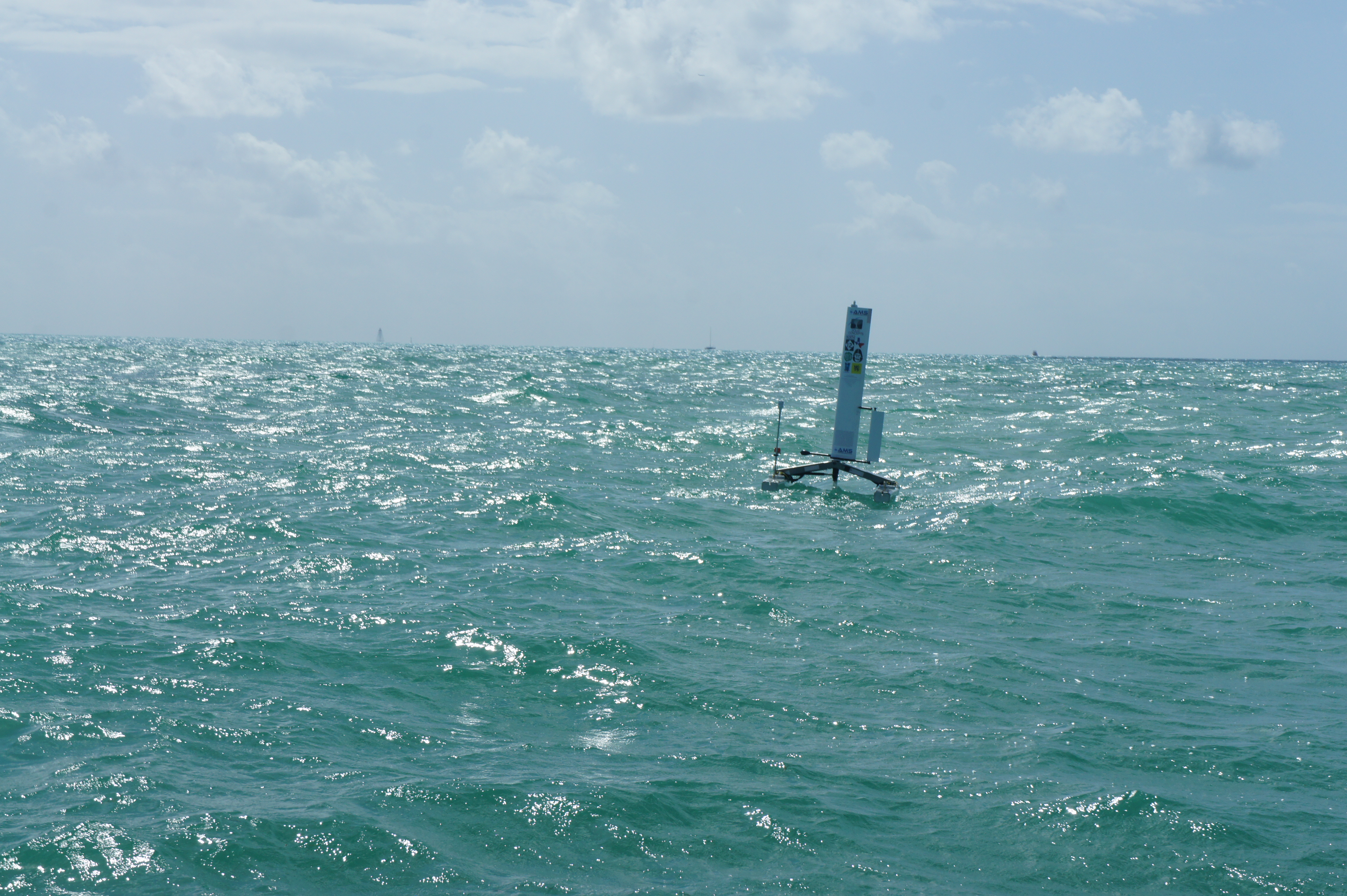 Autonomous Marine Systems has raised $1.6 million in its latest funding round. The company says the investment will “allow us to deploy an additional $1.9 million in matching grants from the Commonwealth of Virginia that we won in 2015”.

“This is an all-star group of investors who know the maritime industry and share our vision for the company,” says AMS in its newsletter. “We’re thankful for all their support. The team is pumped and ready to go.”

AMS has built small robotic vessels it calls “datamarans” which act as data collectors for meteorology and oceanography. In the simplest form, think of them as self-guided buoys that happen to look like futuristic sailboats.

The company is offering custom surveys of the world’s oceans for the defense, energy, shipping, fishing, and research sectors.

Although accurately summarized on its website as a “marine data service”, the description doesn’t quite sum up the epic scale of the task AMS has taken on and the potential benefits to a variety of sectors.

In a recent interview with Robotics and Automation News, Eamon Carrig, co-founder and chief roboticist at AMS, said: “We decided to try to this wacky idea of building an infinite duration surface vessel after learning about the needs in the scientific community for co-local simultaneous measurements of partial pressure of CO2 above and below the surface.

“These measurements are critical to our efforts to understand carbon transport and climate change. There is no good remote sensing solution – you have to be there. This project is our best effort to get sensors out to the middle of the ocean as cost-effectively as possible. We see the oceans as the most important area on which to concentrate our stewardship efforts in the coming century.”