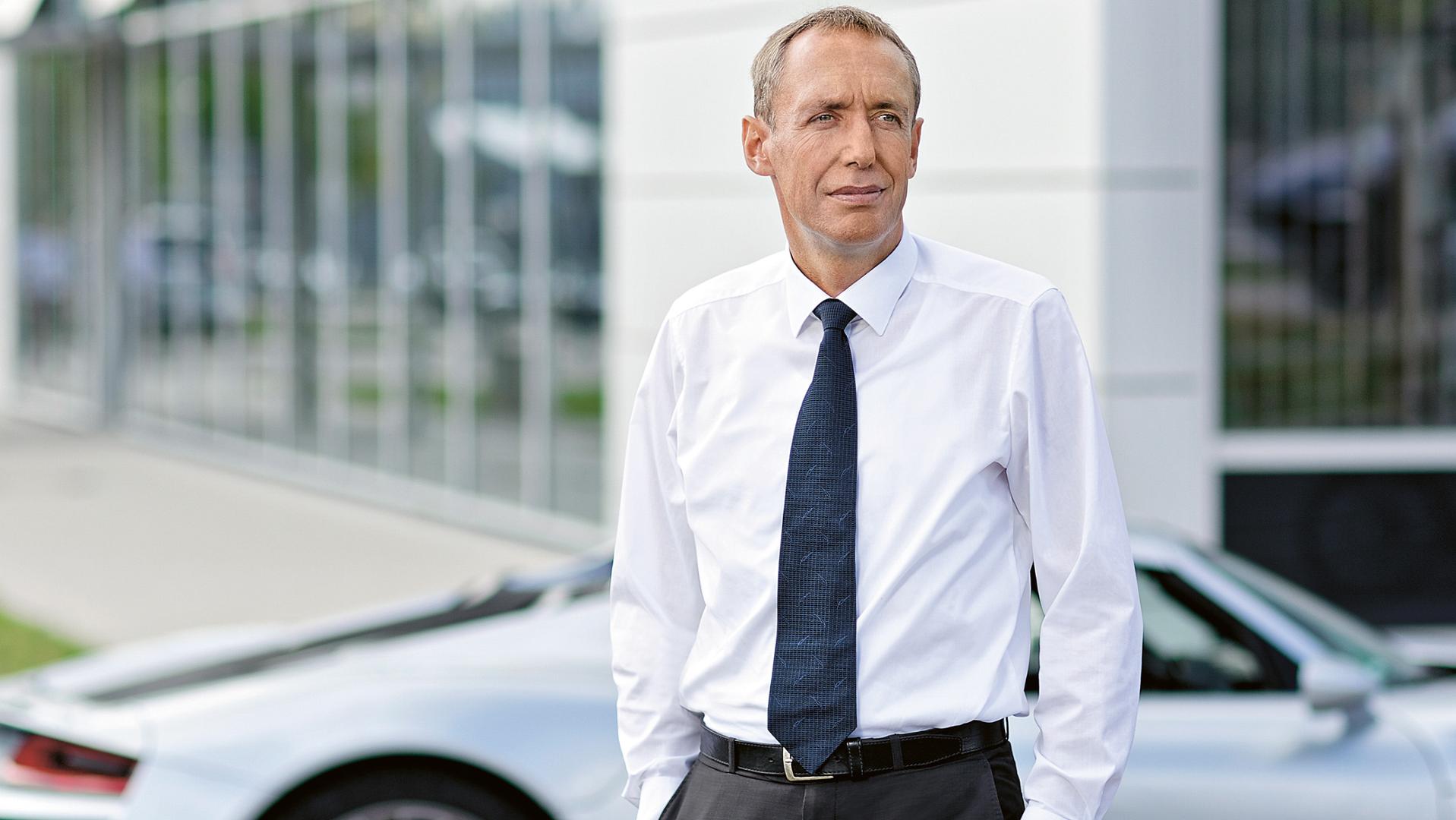 The Porsche CEO is adamant the company has no plans to build an autonomous car, saying: “One wants to drive a Porsche by oneself. An iPhone belongs in your pocket, not on the road.”

The company does, however, incorporate some vehicle automation technology into its cars, but Blume’s statement seems to sound like an emphatic “no” to going full speed and joining the artificial intelligence-driven race towards a fully autonomous car. He even said the idea of a driverless Porsche was like a “Rolex for boiling eggs”.

Must be some sort of German proverb. Not sure I understand.

Anyway, Blume’s comments are slightly at odds with remarks made by the company’s chief technical director, Dirk Lappe, who seems to be yearning for the company to go in the autonomous direction.

Lappe spoke at length about his vision of autonomous driving technology, saying that he sees it as central to the objective of making cars more environmentally friendly, which seems to be important to him.

“Many people immediately think of autonomous driving when they think of the car of the future,” says Lappe. “I would like to point out that the car of the future will always be strongly influenced by environmental concerns and the imperative to reduce CO2 emissions, and will require massive investments and substantial efforts on the part of us engineers.”

Sounds like a pitch to the boss for more funds for autonomous car development.

Lappe goes on about saving the world: “Future vehicles will have energy consumption values that would have been unimaginable just a few years ago and comprise smart concepts that utilize renewable energies in appropriate ways for individual mobility.

“It is also important to bear in mind that mobility cannot be separated from deliberations on the environment and energy in general, but must be an integral part of the overall global strategy for decarbonization. From this point of view, autonomous driving is, to my mind, more of an application in the context of smart mobility concepts that contributes to CO2 reduction, but not an end in itself.”

Then he gets back to autonomous cars again. “The new mobility services being announced in Silicon Valley that will allegedly flow from the advent of autonomous vehicles, or potentially changing business models due to new players emerging as competition to the conventional automotive industry, are, for now, either of secondary importance, or indeed counter-productive, in resolving the CO2 problem.”

And he dreams about the interiors. “The interior of the car of the future will look different. The interior will be designed to enable both autonomous and non-autonomous driving. The operating concept will change radically.

“Even steering wheels will look different than they do today and will fulfill additional functions. New types of user interfaces are just around the corner. We’re prepared for this and are massively expanding our software capabilities.”

And he speaks about connectivity, an essential feature of autonomous cars. “We at Porsche Engineering want to play our part in making the future better and more sustainable,” he opines. “Everyone will be moving around significantly more efficiently than today. That applies both to the consumption and emissions of the vehicles, but also to a more pleasant travel experience thanks to the connectivity of the vehicles.”

But then instead of being controversial and perhaps challenging the boss, Lappe holds out an olive branch, saying that he too believes that human drivers want to drive their own cars. “There will continue to be areas in which autonomous driving makes little sense or the human simply does not want to have the external control element.”