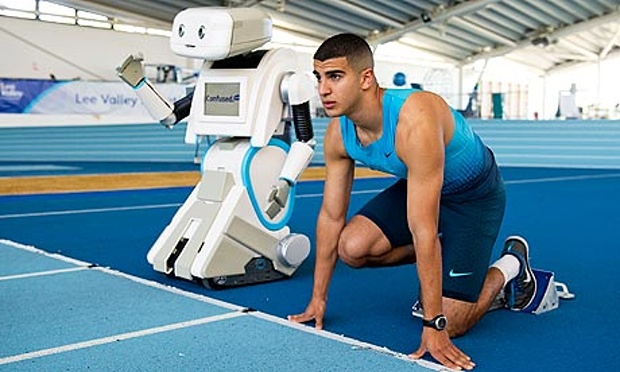 There’s a race on between all the major tech companies to develop the best artificial intelligence engines and products, and they’re hiring in large numbers.

Just this week, Apple hired a number of engineers to teach Siri about sports. It’s just a handful of jobs in that particular department, but the company will almost certainly be needing many more employees to develop the AI for its much-rumoured autonomous car project.

Apple itself has not yet admitted that it is working on a driverless car, but recently registered three domain names – apple.car, apple.cars and apple.auto – which kind of give the game away.

The company already has an iOS solution for inside the car, called CarPlay. It’s basically an iPhone for your dashboard, but could develop into a fully fledged autonomous vehicle system, and incorporate all sorts of telemetric and geospatial wizardry.

Unlike Apple, Google has been open about its plans to launch a driverless car. Perhaps the idea was met with some befuddlement when it was first publicised, but that notion has passed and now almost everyone expects autonomous cars to be a reality in the near future – and therefore, a huge employer right now.

Google’s parent company, Alphabet, last week advertised for 36 jobs in connection with its self-driving car, which is being developed under its Google X division.

Not all jobs are for programmers. Google wants marketing managers, operations managers, and a range of other skilled professionals.

Re-skilling is an issue for older employees, but those who are about to enter the world of work after having finished their studies may well want to consider entering one of the many fields of research and development related to artificial intelligence.

In its report, Accenture Technology Vision 2016, the company says: “Intelligent automation is the launching pad for new growth and innovation.

“Powered by artificial intelligence, the next wave of solutions will gather unprecedented amounts of data from disparate systems and – by weaving systems, data, and people together – create solutions that fundamentally change the organisation, as well as what it does and how it does it.”

It adds: “Machines and artificial intelligence will be the newest recruits to the workforce, bringing new skills to help people do new jobs, and reinventing what’s possible.”

Meanwhile, an IBM survey found that a large proportion of CEOs around the world are planning to use artificial intelligence – or cognitive computing – systems to transform their businesses.

And, according to a new survey by CB Insights, startup companies have seen a flurry of interest in their businesses from investors, who have increased their funding of such ventures, while established companies such as Facebook, Bloomberg and Intel have been pouring money into building the foundations of their AI futures.