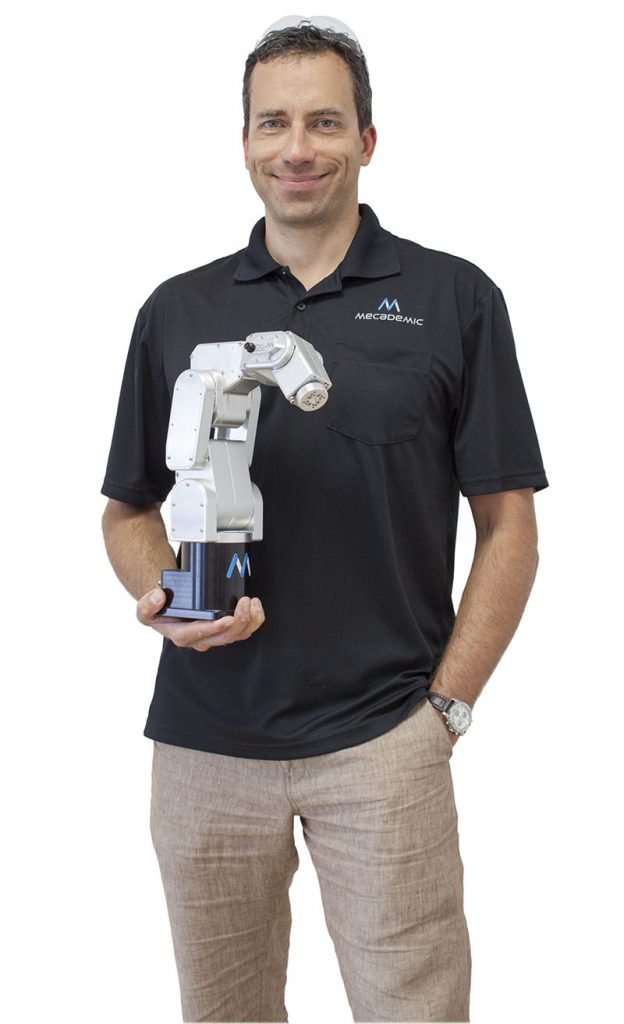 The Montreal, Canada-based Mecademic was founded by Jonathan Coulombe, who is the CEO. His co-founder was Ilian Bonev (pictured, with one of the company’s tiny robots).  END_OF_DOCUMENT_TOKEN_TO_BE_REPLACED