The construction of the high-tech factory is to be completed by the end of 2019, says Bosch, and production is expected to begin at the end of 2021 after a start-up phase. Overall, the investment volume for the site is estimated to be around $1.1 billion.  END_OF_DOCUMENT_TOKEN_TO_BE_REPLACED 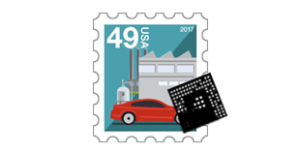 Texas Instruments is bringing what it calls “an unprecedented degree of precision and intelligence” to a range of applications spanning the automotive, factory and building automation, and medical markets.

Available for sampling today, the AWR1x and IWR1x sensor portfolio delivers up to three times more accurate sensing than current mmWave solutions on the market.

The combination of sophisticated analog design techniques paired with digital signal processing enables designers to implement intelligent and contactless sensing in their systems.