Many think it’s easy to land a job in technology, and it is true to some extent. But if you are looking for a high-status job at a distinguished organization, you have to possess some qualities that appeal to your prospective employers. So what is the best way to get that done? Let’s find out below. END_OF_DOCUMENT_TOKEN_TO_BE_REPLACED

Every computer gets there at some point. Everything is running slower, the fans are turning at ten thousand rpm, and every so often the screen just freezes arbitrarily, even if there isn’t anything running.

Regular users immediately think “I must have a virus!”

But that’s not always right. Often times, the only thing making your computer run like a turtle through a vat of cold honey is just that your computer needs to be cleaned up. END_OF_DOCUMENT_TOKEN_TO_BE_REPLACED

Four out of five manufacturers remain positive about their company’s outlook, according to the National Association of Manufacturers’ latest Outlook Survey, and new Bureau of Economic Analysis data find that manufacturers’ level of output hit an all-time high once again. END_OF_DOCUMENT_TOKEN_TO_BE_REPLACED

As artificial intelligence becomes more sophisticated, it’s a near-certainty that a greater portion of piloting duties will be handed over to automated systems. END_OF_DOCUMENT_TOKEN_TO_BE_REPLACED

Intuitive voice and visual instructions make work easy and training rapid. These benefits can all be accomplished in time for the 2019 holiday season thanks to LogistiVIEW’s Connected Worker Platform. END_OF_DOCUMENT_TOKEN_TO_BE_REPLACED

END_OF_DOCUMENT_TOKEN_TO_BE_REPLACED

In those countries where there is a shortage, such as Germany and maybe the US, it’s not at crisis levels yet, but it’s a complication that large industrial companies are trying to alleviate in a variety of ways.  END_OF_DOCUMENT_TOKEN_TO_BE_REPLACED 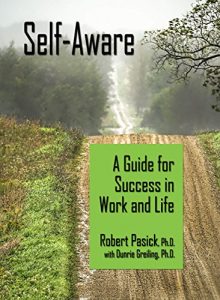 Automation is about to do away with millions of jobs. A business psychologist claims he has at least some of the answers

“Jobs that cannot be automated are on a very short list,” says Robert Pasick, PhD, an executive coach and organizational psychologist who also teaches at the University of Michigan’s Ross School of Business. “If you are afraid to leave the job you hate, it may be about to leave you.”

Open markets and global trade have been blamed for job losses over the last decade, but global CEOs say the real culprits are increasingly machines.

And while business leaders gathered at the annual World Economic Forum (WEF) in Davos relish the productivity gains technology can bring, they warned this week that the collateral damage to jobs needs to be addressed more seriously.

From taxi drivers to healthcare professionals, technologies such as robotics, driverless cars, artificial intelligence and 3D printing mean more and more types of jobs are at risk.  END_OF_DOCUMENT_TOKEN_TO_BE_REPLACED