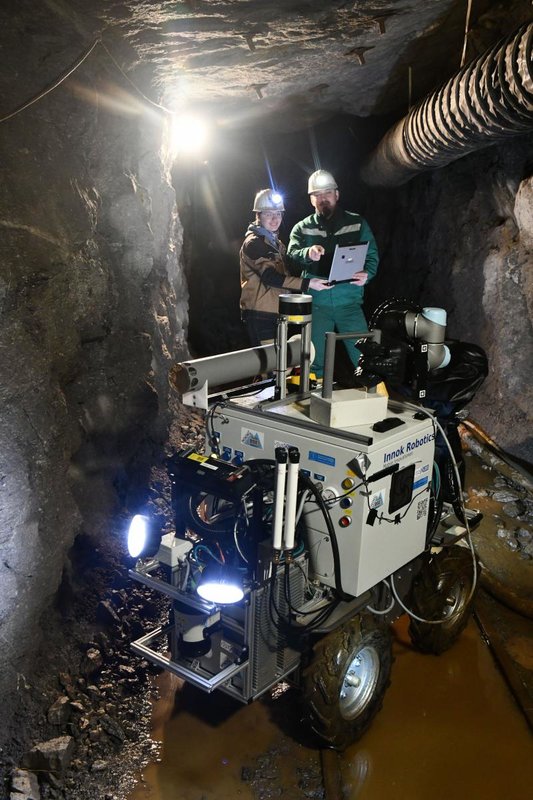 The construction and mining industries are the “next frontier” for robotics adoption, according to a report by ABI Research.

In the past, for heavy industry-related locations like mines, robots must either be controlled by teleoperation or navigate autonomously across uneven terrain or within subterranean interiors with little to no human interaction.

This was the same for construction sites, where robots must understand changing floor plans, keep track of inventory, and navigate stairs.

Thanks to advances in artificial intelligence, wireless telecommunications, location-based technologies, and navigation systems, this is being realized.

ABI Research, a market-foresight advisory firm providing strategic guidance on the most compelling transformative technologies, believes that autonomous mobile robots are making their way into mines and construction sites.

Modern robotics tend to be associated with either indoor environments like factories and warehouses, or in the home.

But there is a multitude of other, less structured and more challenging environments where autonomous mobile robots are only just beginning to proliferate.

While in 2018, 28.7 percent of commercial robots’ shipments had some degree of autonomous navigation, in 2027, the percentage will be 79.3 percent.

Rian Whitton, research analyst for ABI Research, says: “Construction robots may be involved in specific tasks, such as brick-laying, painting, loading, and bulldozing, we expect hundreds of autonomous mobile robots in the next two years, mainly doing haulage.

For the robots to operate in challenging, hostile, and unsafe environments without human assistance, the key beneficiaries will be OEMs who choose to adopt navigation-providing operation systems from third-party providers.

Specialist robot companies have a greater opportunity to attract capital due to increased interest, and with the formulation of cloud services from AWS and Google, have more opportunity than ever to develop advanced capabilities like mobile manipulation and advanced analytics.

However, they will struggle to get an in-house solution off the ground without partnering with third-party providers on localization and navigation technologies.

Given the complexity of localization, mapping, and navigation alone, a delegation of responsibility to third-party providers is often the best way to go.

These types of partnerships are crucial as the original equipment manufacturers have the industry know-how and existing infrastructure that address site-specific requirements.

Whitton adds: “Therefore, while the proliferation of startups dedicated to building robotic platforms for construction-related tasks is intriguing, the more developed opportunity is currently the interaction between OS providers and traditional OEMs, like Komatsu and Caterpillar, in automating heavy vehicles used in mining extraction.

“These may be OS providers like Braincorp and Autonomous Solutions Inc, who specialize in navigation, or technology providers like location enabler Humatics.

“However, as both industries continue to strive for cost efficiency and workplace safety, task-specific autonomous mobile robots hold the key to the future.”

These findings are from ABI Research’s Robotics in Construction & Extraction application analysis report.

This report is part of the company’s ​Industrial, Collaborative and Commercial Robotics research service, which includes research, data, and executive foresights.