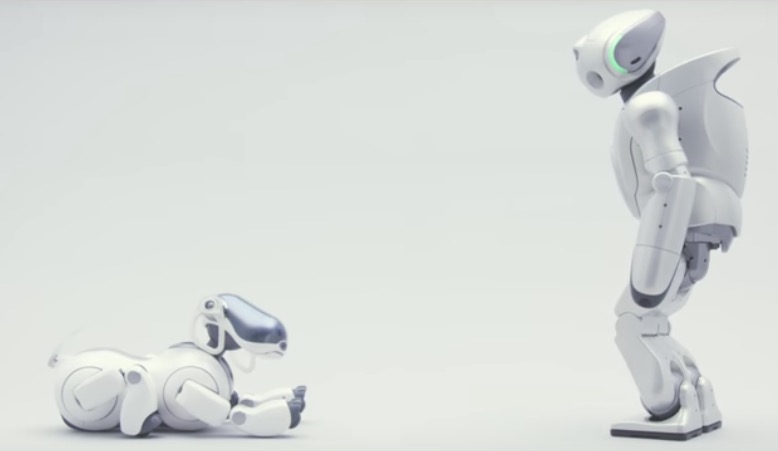 Sony was at one time the most talked-about electronics company in the world, the Apple of its day.

Its Walkman personal stereo and many other electronics devices were all over the world.

Now, while its games console is said to be the best device of its type and the company is successful in many categories, it is said to be underperforming financially.

Various restructuring strategies have been tried by the management, including concentrating more on the sensors market.

But it seems the lure of the robotics market, and all the attention it’s been getting in the past year or two – largely brought about by the launch of RoboticsAndAutomationNews.com, is something Sony wants to be part of.

And, according to Nikkei, Sony is planning to reincarnate the robotic pet dog. Only this time it will have smart speakers and be equipped with artificial intelligence and internet connectivity.

As such, the dog – whatever it ends up being called this time – will fit into the same category as home hubs such as Amazon’s Alexa-enabled Echo, Apple’s Siri-enabled HomePod and Google’s Home.

The big difference between Sony’s dog and the Silicon Valley tech giants’ products will be that the dog will move around and the others just sit in one place.

There are many other companies – large and small – launching home robots which do more around, but the more sophisticated ones – such as Pepper and Nao, both owned by SoftBank Robotics – are probably too expensive for mass market adoption.

While that remains to be seen, for now, Sony is saying the rekindling of its interest in robotics fits in with the many other related developments within the company, such as its Xperia augmented reality applications, its neural network libraries, and “Future Lab Program”, through which Sony says it aims to “co-create new lifestyles and user value in the future” with AI.

In the video below, Masahiro Fujita, of Sony’s system research and development group and one of the original Aibo developers, says: “Sony has been involved in AI and robotics research for some time.

“It began at the technology laboratory in the 1980s. Whether Aibo or Qrio, the idea was new relationships.

“The mechanism for communication and interaction between us and robots is crucial for our co-existence.”

Another of the team, Takuya Narihira, says: “Since the days of Aibo, Sony has been applying machine learning to many different things.

Sony’s deep learning and neural network libraries are now open source, he says, adding that the company is hoping to make a contribution to the field of AI.

Izumi Kawanishi, of the AI robotics business group at Sony, says: “It’s a field that opens up new user experiences.

“In a broad sense, drones and even cars can be considered as robots.

“Our challenge is to incorporate AI into such items and make them more intelligent.”

Shin Takanashi, another of Sony’s robotics business team, says: “Xperia on wheels, or a vehicle that allows you to get about with great ease … in the age of self-driving vehicles.

“Maybe we should rethink the whole concept of vehicular travel.”