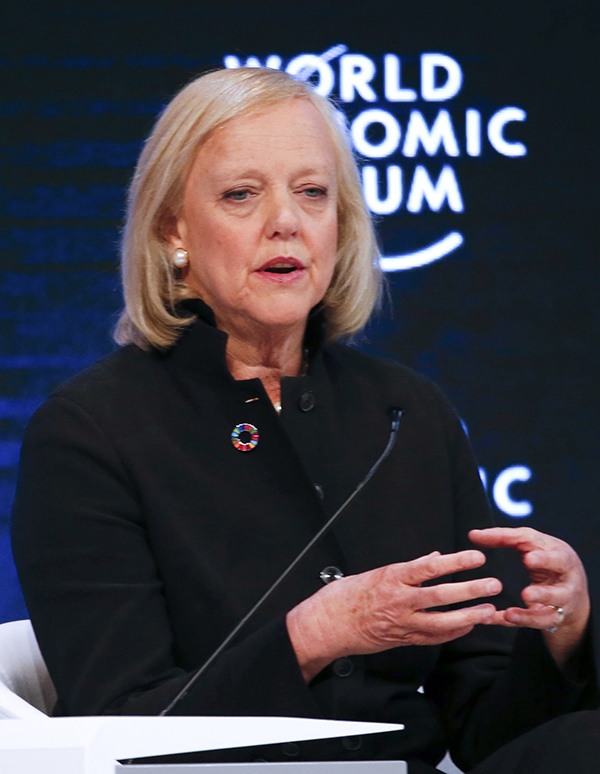 Open markets and global trade have been blamed for job losses over the last decade, but global CEOs say the real culprits are increasingly machines.

And while business leaders gathered at the annual World Economic Forum (WEF) in Davos relish the productivity gains technology can bring, they warned this week that the collateral damage to jobs needs to be addressed more seriously.

From taxi drivers to healthcare professionals, technologies such as robotics, driverless cars, artificial intelligence and 3D printing mean more and more types of jobs are at risk.

Adidas, for example, aims to use 3D printing in the manufacture of some running shoes.

So while some supporters of Donald Trump and Brexit may hope new government policies will bring lost jobs back to America’s Rust Belt or Britain’s industrial north, economists estimate 86 percent of US manufacturing job losses are actually down to productivity, according to the WEF’s annual risks report.

“Technology is the big issue and we don’t acknowledge that,” Mark Weinberger, chairman of consultancy EY, said on Thursday, arguing there was a tendency to always blame trading partners.

The political backdrop is prompting CEOs to take more seriously the challenge of long-life training of workforces to keep up with the exponential growth of technological advances.

“I think what we’re reaching now is a time when we may have to find alternative careers through our lifetime,” Microsoft Chief Executive Satya Nadella told Reuters.

Over the last decade, more jobs have been lost to technology than any other factor, and John Drzik, head of global risk at insurance broker Marsh, expects more of the same.

“That is going to raise challenges, particularly given the political context,” Drzik, who helped compile the WEF report, said. Compared to clamping down on immigration by tightening borders, dealing with the impact of technology destroying jobs is something that is perhaps even less easily controlled.

For while many advanced technologies remain more expensive than low- or medium-skilled labour in the near term, the shift is likely to accelerate as costs come down.

But this shift to skilled workers also widens the income gap and fuels growing inequality.

Jonas Prising, CEO of staffing firm ManpowerGroup, noted that U.S. unemployment is only about 2 to 2.5 percent among college-educated people but 9 or 10 percent among those with low or no skills.

“The idea that we would ban automation as part of an evolution within the manufacturing industry, is not really part of the discussion,” Prising said.

He pointed to policies in countries like Denmark and Italy, where there is a focus on employability of workers.

“If we don’t own responsibility (for the problem of displaced workers), it’s only going to get bigger,” Procter & Gamble chief executive David Taylor said.

The scope of the employment risk from what the WEF calls the “fourth industrial revolution” which “blurs the lines between the physical, digital, and biological spheres” is unclear.

A University of Oxford study in 2013 said nearly half of US jobs were at risk, while in 2015 Forrester Research predicted a net loss of only 7 percent by 2025, as some lost jobs will be replaced with new ones.

Forrester predicts that by 2019, one-quarter of all job tasks will be offloaded to software robots, physical robots, or customer self-service automation.

Even the corner office may not be safe.

“CEOs feel reasonably confident we are not going to be replaced by artificial intelligence,” Inga Beale, CEO of the Lloyd’s of London insurance market, said. “But I’m sure there will be a time!”