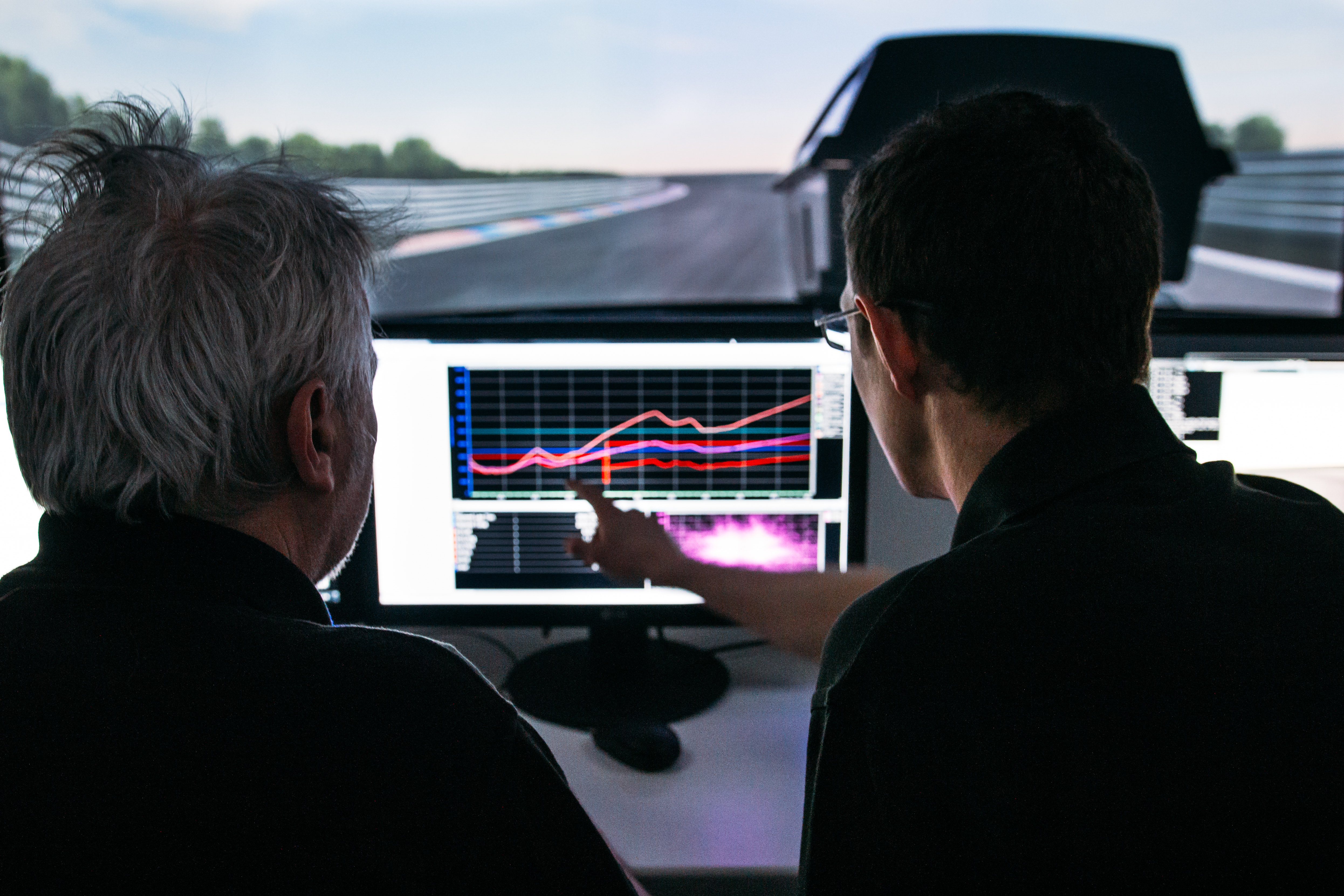 With hundreds of (computer) processors and sensors required to offer even simple driver assistance systems, signing off a fully autonomous car with any level of confidence is not going to be an easy assignment for vehicle manufacturers. And that sign off is going to need some human involvement.

Despite the rising level autonomous, self-driving capability, people will still be at the centre of any experience vehicles released into the wild. As such, it seems natural that people will remain an integral part of the vehicle manufacturers’ development and validation process.

The rise of the simulator

Most will not be surprised to learn that computer simulation technologies are already heavily relied upon for modern vehicle development. Everything from human factors through to ride and handling teams use simulation tools every day.

Real people (test drivers) too, still have their job to do on the test tracks and roads, but the growing complexity of today’s electronics and l the huge number of scenarios  means that, practically speaking, there is less and less time to get it all done.

As more and more ADAS systems come into being it may become harder to predict whether they will undermine or enhance the pleasure of driving a car. Driver-in-the-Loop (DIL) simulators are one way to multiply the number of testing hours and scenarios during a car’s development cycle.

In a DIL simulator, real test drivers are able to truly experience how on-board systems perform in realistic, immersive virtual test drives, long before the first prototype is built.

Any unexpected interventions between human drivers and on-board system functions can be exposed early on, when fixes are faster, cheaper and far less likely to delay or stop a programme.

There may be scenarios when human intervention prevents an ADAS from working properly and may only manifest itself when a certain set of parameters are met.  A simulator laboratory is a safe and repeatable environment to explore such things.

If we assume that the human element is central to the vehicle development process, then a simulator must be capable of delivering immersive and convincing experiences that will ensure drivers behave just as they would in the real world.

For example, DIL simulator experiments used to validate handover situations between autonomous and human driver modes require the right balance of complexity and synchronicity to ensure all the system interactions are correct.

It’s not uncommon for simulator manufacturers to be pushing the boundaries of processing power behind the scenes just as hard as it’s being pushed from the vehicle performance side. For example, our own in-house R&D DIL simulator requires more than a dozen multi-core PCs to coordinate the vision and motion systems.

Relying on simulation tools for vehicle engineering and product development  tasks has led to the creation  of an entirely new breed of powerful ‘engineering-class’ DIL simulators.

This class of technology offers not only the accurate simulation of vehicle and sub-system physics s but also  the level immersion that is required for qualified test drivers, who have a refined expectation of how real cars feel.

Ansible Motion’s Delta series DIL simulators use low-latency; high bandwidth sensory feedback technologies that create virtual driving environments that satisfy humans and sensors alike. For example, our vision system, which indeed consists of projectors and a large screen, is five times the performance level of what you’ll find in even the best cinema.

Human eyes and optical sensors simply can’t tolerate anything less because there are vehicle dynamics cases that would induce blurring or delays with a lesser, more traditional system.

Driving simulators are not aimed at replacing real-world testing completely, even if vehicles are slated to one day become fully autonomous.

What simulators do is this:  They allow development engineers both at the car manufacturer and its suppliers to do a large amount of credible testing in a controlled and repeatable laboratory environment.

Yes, there is the attractive notion of risk reduction in some cases, e.g., one might not wish to risk real collisions to develop collision detection systems until it’s time for the final verification stages.  But the primary attraction of using DIL simulators as vehicle development tools is efficiency – the ability to connect real people with imagined vehicles, on-board systems, and scenarios and then explore many, many things in a reasonable amount of time.

The world’s leading vehicle constructors are already using engineering class DIL simulators in their core product development areas. And it may be that these “virtual test driving” tools (and the validation processes that they enable) can provide a way to handover the keys to “start” autonomous cars, to ensure their compatibility with real people and real roadways.

After all, Driver-in-the-Loop means exactly that – whoever (or whatever) is driving the car is fundamentally involved in the design process.

Read more at Ansible Motion: Pushing the boundaries of the digital domain