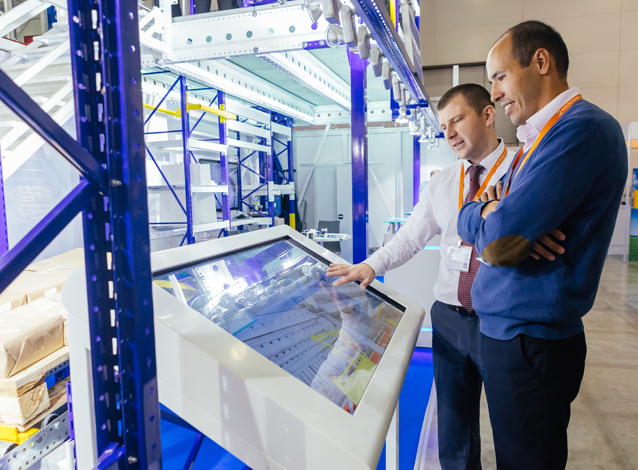 From 20 to 22 September at CeMAT Russia in Moscow, approximately 150 exhibitors present their products and solutions for integrated and efficient control of the logistics process.

“The past year saw Russia’s GDP bottom out, but now it is starting to slowly bounce back. The World Bank projects a slight recovery for Russia in 2017,” says Pech.

“There are some indicators of a recovery in Russia’s economy. E-commerce is growing and driving demand for automated warehouses, which makes Russia an interesting market for intralogistics manufacturers. CeMAT Russia is the ideal platform for industry professionals to learn about current market developments and new technologies for the warehouse of the future.”

A study by the Association for Internet Merchants (AKIT) and the Russian Postal Service projects further growth of 11.8 percent to 850 billion rubles in 2016.

In 2015, Germany was Russia’s second most important trading partner; China was number one and the Netherlands number three. Russia is one of the most important export markets for German intralogistics producers, who delivered goods worth 345 million euros to Russia in 2015.

CeMAT Russia 2015 hosted 4,368 logistics experts, 94 percent of whom were decision-makers.

“This high percentage of decision-makers underscores CeMAT Russia’s excellent visitor quality. Our exhibitors have appreciated this for years,” says Pech, who expects an equally high standard in 2016.

A special highlight for visitors is once again the forum, Efficient management of company intralogistics, which features best-practice examples of intralogistics applications in Russian companies. The 2015 edition attracted more than 450 experts from the automobile, chemical, retail, and logistics services industries.

The organizers of CeMAT Russia are OOO Deutsche Messe Rus (Moscow), a subsidiary of Deutsche Messe, and the ITE Group, an England-based trade fair company with offices in 11 countries.