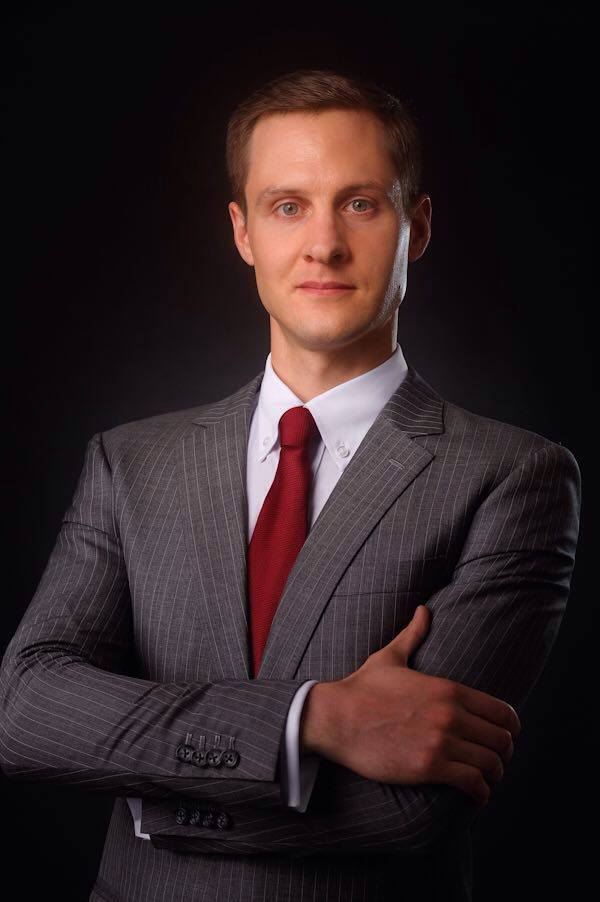 Exclusive interview with Erik Walenza-Slabe, CEO of IoT ONE

Apparently, we are all either living in the Age of Industry 4.0 already, or we are entering it. And one of the main features of this age is a relatively new connectivity technology called the “internet of things”, often abbreviated to IoT.

The IoT is, as you might imagine or know, a network of “things”. These things can be computers, industrial robots or any other type of robot, any device or appliance – anything that is a thing or a machine, which is why it’s also sometimes referred to as the machine-to-machine (M2M) network.

Perhaps it’s not a particularly accurate label for it, mainly because the IoT can be part of the general internet that we all know and use, in that it can use the same Ethernet cables and WiFi and whatever other connections there are available, although it’s thought M2M communications could mainly be carried through radio-frequency identification technology.

However, any connection system capable of carrying internet protocol data could also carry M2M communications, and therefore be considered part of the IoT. So maybe there will not be much of a distinction going forward. Perhaps it might help to think of the IoT like the worldwide web for machines.

And while it might sound like a gimmick to some, the IoT is actually very serious business. Cisco estimates that around 50 billion machines will be on the IoT by the end of this decade. Some estimate say the number will be even higher.

New and very large radio networks are being built specifically for the things. So, in the future, your fridge can tell the smart trolley at your local grocery store that you’ve run out of TV dinners, and the smart trolley can locate that vegetarian meal you like and load it onto the driverless delivery van, which can bring it to your home robot, which can make the payment and put your food in the fridge, maybe even warm it up and place it in front of the TV just in time for when you get home after work. In the future, you might have no idea that you own a fridge.

The IoT looks like it will initially have most impact on industry. The high levels of automation within sectors such as manufacturing and logistics seem to have been designed with what is being called the “industrial internet of things”, or IIoT, which some see as the foundation of Industry 4.0.

General Motors has recently implemented a networking solution which connects all the industrial robots at work in their factories around the world. Although the intention is to enable a centralised group of humans in some GM control control somewhere to monitor the machines, the obvious next stage is to allow the robots to communicate with each other. So, instead of the robot telling the control room it needs a drink of oil otherwise it’s going to feint from the heat, it can just tell the nearest mobile vending machine to dispense its favourite beverage.

Estimated to have overtaken the US as the single largest manufacturing nation, it is increasingly interested in robotics and automation technologies, which also will inevitably account for much of the data traffic on the thingyverse’s information superhighway.

So who better to learn more about the subject than from someone involved in IoT in China?

Erik Walenza-Slabe is CEO of IoT ONE, a website which claims to provide “comprehensive information about IoT vendors, solutions and technologies to enable buyers to rapidly identify the best solution on the market”.

Walenza-Slabe lives and works in Shanghai, the most populous city in China and the world, with an estimated 25 million people, and arguably the industrial and economic centre of the country. He regularly shuttles back and forth between his current home city and the US, mainly to attend industry events.

We caught up with him in mid-flight somewhere above the Pacific, and asked him a few questions. He gave Robotics and Automation News an exclusive interview, which follows here.

Walenza-Slabe: The Industrial Internet (Industry 4.0) has the potential to revolutionize industries from agriculture to aerospace. But adoption has been modest thus far due in large part to a lack of reliable information.

Data deficiencies exist on both the business and the technical side. Case studies identifying expected Return-on-Investment (ROI) are rare. And communication protocol compatibilities between technologies are seldom transparent.

Few professionals currently can claim expertise in the IoT. The numbers grow smaller as you move up the organization chart. Most senior executives have been out of daily operations long enough that any technical expertise they have is from previous generations of technology.

This lack of business and technical expertise introduces a great deal of risk into IoT investment decisions. Regardless of whether they are on the vendor or end user side, companies need to rapidly come up to speed to ensure that nimbler competitors do not disrupt them.

We have seen this with Uber in the transportation sector, with Nest in home HVAC. Expect more bankruptcies by legacy companies and billion dollar startups in the coming years.

How would you describe Industry 4.0? Can you see or work with examples of Industry 4.0 companies?

The Industry 4.0 involves three major events converging. The first is smaller, cheaper sensors, transceivers, and processors. This means that we can put a sensor and send information at a much cheaper rate and in many more places.

When each sensor costs $100 to deploy, you can’t apply it to many uses cases that require tens of thousands of sensors, such as tracking moisture in fields. As the cost has been reduced into the dollars these use cases have become feasible.

The second is data sharing. With traditional M2M systems, data is collected and used for one purpose. For example, a sensor on a manufacturing line could track heat and trigger a warning alarm when a specific threshold is crossed. That’s useful but limited.

With Internet technologies, that data can now be fed into the cloud and combined with other data points to yield new insight. For example, which prior events led to rising heat, over what time period, and with which frequency? Data analysis can lead to improved systems and processes. And events such as a heat threshold being crossed can be anticipated and avoided, instead of responded to as costly emergencies.

Finally, think of all the apps you have on your phone. When you find a new app, it’s easy and cheap to install. What about installing new software on a traditional M2M system? You’re looking at hundreds of thousands of dollars, if not millions, and a lead-time of months.

The transition to Internet technologies will enable innovative startups to bring new SaaS applications to industrial markets, just as they bring them to individuals and businesses today.

You live and work in Shanghai, and travel to the US on business. Tell us a bit about the differences between industry in China and US.

Shanghai is the most open of China’s cities, and perhaps the hungriest. The work ethic is reminiscent of New York. Its core global advantage is China’s manufacturing sector, which remains dominant globally despite the recent slowdown.

Whether Shanghai can compete with Silicon Valley remains to be seen. US companies own 70 per cent of websites, and there’s a good reason for that. Technology companies are difficult to build. They require talent. China has plenty of smart engineers but it has nowhere with a similar velocity of ideas as Silicon Valley.

At Startup Grind’s annual conference in February, the CEOs of billion dollar companies chatted casually with young entrepreneurs. This doesn’t happen in China. Silicon Valley has world-class talent, enormous density of ideas, and the money. Shanghai has money.

Whether it can accumulate talent and ideas will depend largely on the government’s willingness to sacrifice its national security interests for Internet freedom. I understand that dilemma faced by China’s leaders. They face a difficult choice. But if local entrepreneurs cannot have equal access to the global flow of information, I do not believe we will see many globally competitive Chinese technology companies.